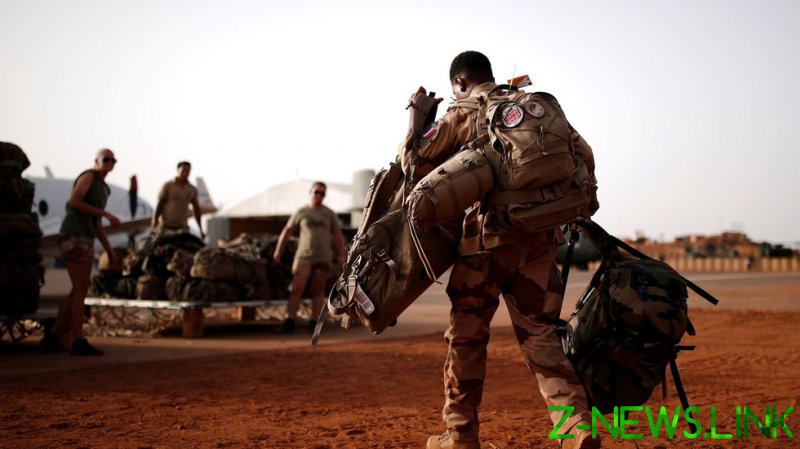 “The new situation resulting from the end of Operation Barkhane puts Mali before a fait accompli –  abandoning us, mid flight to a certain extent,” Maiga said as he addressed the United Nations General Assembly on Saturday.

Operation Barkhane, a France-led military campaign against Islamist insurgents in Mali that started in 2014 is set to wrap up early next year. Announcing the end of the operation back in July, French President Emmanuel Macron said that it would draw to a close “in an orderly fashion.”

Maiga indicated that this was far from being the case, however. Speaking on Saturday, the Malian PM claimed that France kept Bamako in the dark about its intentions, and made the decision without any prior consultation with the Malian authorities.

“The unilateral aspect of withdrawal of Barkhane and [its] transformation did not take into account the tripartite link between us, that is between the UN and Mali as partners with France in combating elements of destabilization,” Maiga said.

Noting that the security situation in Mali has “scarcely improved” since the 2012 miliary coup, despite the presence of the UN peacekeepers and international forces, including the French troops, Maiga said that the country had to resort to third parties for assistance.

It [the situation] leads us to explore pathways and means to better ensure our security autonomously, or with other partners to fill the gap, which will certainly result from the withdrawal of Barkhane from the north of the country

While Maiga has not addressed the controversy surrounding Mali’s reported intention to hire as many as 1,000 mercenaries from the Russian Wagner Group, Russian Foreign Minister Sergey Lavrov confirmed earlier on Saturday that Bamako indeed was negotiating a deal with a Russia-based private security company.

At the same time, Lavrov dismissed accusations that Moscow was behind the talks, insisting that the Russian government had “nothing to do” with the arrangement.

The news that Mali had reached out to the Russian mercenaries, notorious for their involvement in Syria and Africa, sparked backlash from several European countries, threatening to reconsider their deployment. Responding to a question by RT’s Caleb Maupin, Lavrov revealed that the EU’s top diplomat, Josep Borrell, told him to stay out of Africa, calling the continent “our place.” Describing the thinly-veiled warning as “deeply insulting,” the Russian minister argued that Moscow and Europe should mount a concerted effort to help the Sahel region out of the turmoil instead.