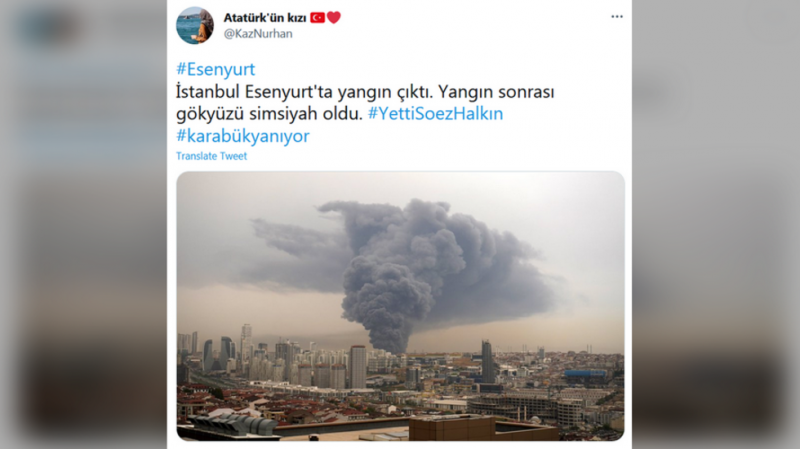 Footage from the scene shows a large column of thick black smoke emerging from the building. The plume was so large that it was observed from the furthest areas of Turkey’s largest city.

Multiple small explosions have reportedly occurred inside the flaming warehouse.

The fire required the intervention of some 105 firefighters and 39 fire engines to douse it, Istanbul’s governor’s office said in a statement. According to its information, no one was hurt in the fire, while local media reported at least one firefighter was affected by the smoke and received first aid at the scene.

The cause of the blaze has not been officially established yet and a probe into the incident has been launched.