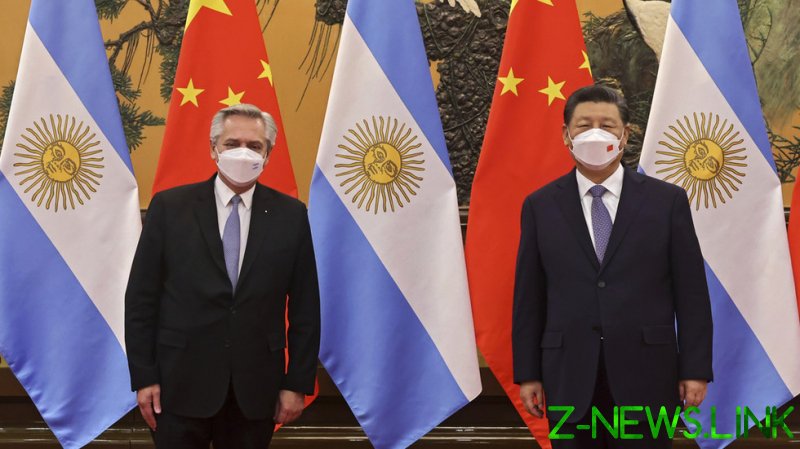 Argentina and China have signed a memorandum of understanding on the Belt and Road Initiative, Beijing’s multibillion-dollar global infrastructure development project. The document was part of a package of cooperation agreements signed on Sunday in Beijing during a visit by Argentine President Alberto Fernandez to meet China’s President Xi Jinping.

Buenos Aires is the 21st nation in Latin America to formally join the China-led initiative, and the first to do so on the list of the top-three regional economies, which also includes Brazil and Mexico.

The move was long expected, considering the extensive economic ties between the two nations. China overtook Brazil as Argentina’s biggest trading partner in 2020, amid a drop in regional trade due to the Covid-19 pandemic. China is not only a supplier of various goods to Argentina, but also a major market for its agriculture sector, with soybeans and beef being its biggest exports. 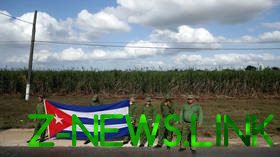 The memorandum sets out a roadmap for China and Argentina to further develop their trade and other forms of cooperation. The Argentine government said Beijing agreed to invest at least $14 billion in infrastructure projects in the country, with a second tranche of $9.7 billion in the pipeline.

Washington perceives the Belt and Road Initiative, which was launched by Xi in 2013, as a serious challenge to its interests in Latin America. The US has been sending diplomats to friendly nations to advise them against taking Beijing’s money.

The Biden administration touts the G7-led Build Back Better World (B3W) initiative as an alternative vehicle for countries to rebound from Covid-19 slowdown in “a values-driven, high-standard, and transparent infrastructure partnership” with the West.

Last month, Nicaragua joined the Chinese mega-project, after switching its diplomatic recognition from Taipei to Beijing.