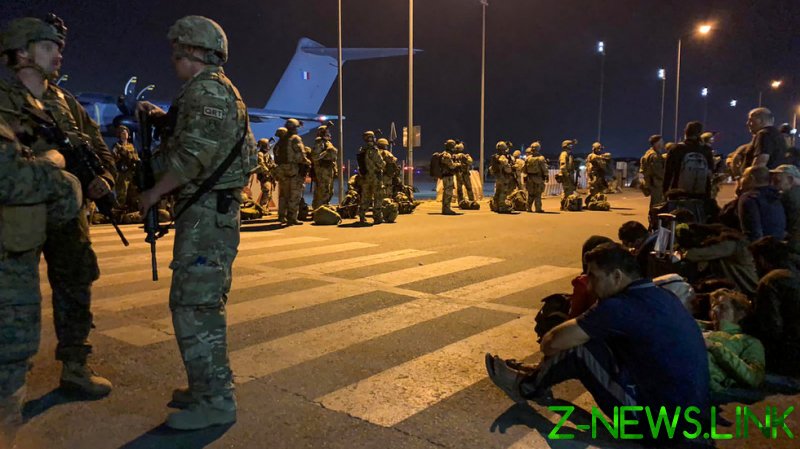 Speaking at a press conference during a visit to Dublin, Ireland on Tuesday, the French leader warned that the situation around the airport in Kabul is now “extremely dangerous,” hours after his prime minister announced the country will wrap up its evacuation efforts by Friday evening.

“It is clear there is an increasing level of tension. The coming hours will remain extremely dangerous,” Macron said. He also said his administration “cannot guarantee” the safe and successful evacuation of 20 buses of people waiting to leave the airport, but that talks were underway with the Taliban to address the issue.

The vehicles contain French citizens, as well as others earmarked for the airlift, with Parisian diplomats and personnel hoping to leave on the last flights run by their government. Macron confirmed that the French ambassador would not remain in Afghanistan.

France has managed to evacuate around 2,600 people from Afghanistan so far, but PM Jean Castex revealed on Thursday that the French military will have to wrap up its operations on the ground by Friday evening, ahead of America’s planned withdrawal on August 31.

Over the last few years, France has accepted around 10,000 Afghans through its borders, giving asylum to around 7,000, even before the Taliban regained widespread control of the country.

Macron also raised concerns about “an increasing level of tension” in Kabul following confirmation from the Pentagon that two explosions occurred in the Afghan capital on Thursday – one outside the airport’s Abbey Gate and another near the Baron Hotel. Images circulating on social media appear to show numerous injured civilians being rushed to safety, while graphic footage depicts bodies strewn on the ground at one blast site.

Macron was in Ireland to discuss a range of issues with the country’s Taoiseach Micheal Martin, including Afghanistan, the EU, and post-Covid recovery.