Home / WORLD / ‘Lying, contempt & crisis in relations’: French FM says NATO must take note as he lashes out at US & Australia over AUKUS deal

‘Lying, contempt & crisis in relations’: French FM says NATO must take note as he lashes out at US & Australia over AUKUS deal 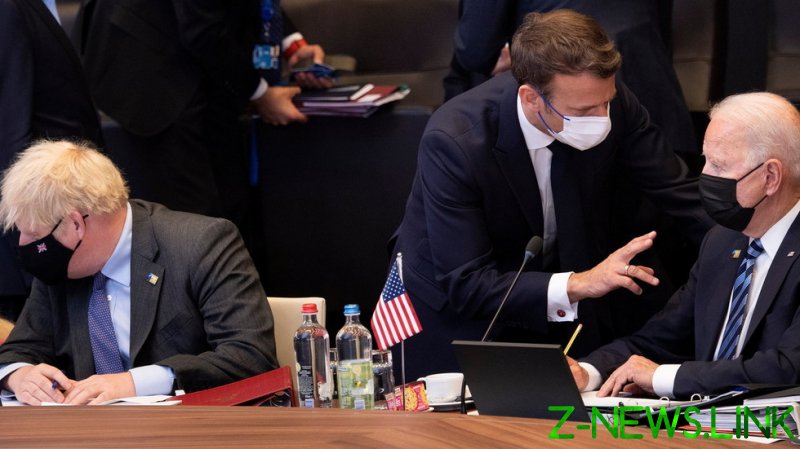 “There has been lying, duplicity, a major breach of trust and contempt. This will not do,” Foreign Minister Le Drian told the press on Saturday.

Paris’ ambassadors to Canberra and Washington have been recalled in response to the deal, and Le Drian had previously described Australia ditching the pact between the two countries as a “stab in the back.”

“The fact that, for the first time in the history of relations between the United States and France, we are recalling our ambassador for consultations, is a grave political act that shows the intensity of the crisis today between our two countries and also with Australia,” Le Drian told media on Saturday.

Britain also got a verbal lashing, with the French official describing the country as a “third wheel” with the US and Australia deal, which is worth billions.

It was announced earlier this week that Canberra was dropping a 2016 deal with France’s Naval Group for a submarine fleet in favor of nuclear powered machines from the US and Britain in a trilateral deal that leaves France in the cold.

“Allies,” Le Drian told France 2 television, do not behave the way the US and others have with the recent deal. The foreign minister also revealed French President Emannuel Macron and US President Joe Biden have yet to even have a conversation about the deal and the ensuing tension.

The future of NATO, Le Drian added, will be affected as they must take account and be involved in the crisis between the countries. Spain will be hosting the next NATO summit in Madrid in 2022, and, according to France, the situation cannot go unnoticed there. The chair of NATO’s Military Committee, Admiral Rob Bauer, has already tried to play down the tension, claiming it would not have any impact on the bloc’s “military cooperation.”

However, France on Saturday seemed determined to make a point that the row will not go unchecked, vowing to “work on a joint program of concrete actions to defend a truly multilateral international order” with India, while also promising to make the EU security strategy – which has long involved the contested idea of a European Union army – Paris’ priority.