Home / Video news / Lutsenko’s wife during a fight in the Rada were asked to “make the goat.” Video

Lutsenko’s wife during a fight in the Rada were asked to “make the goat.” Video 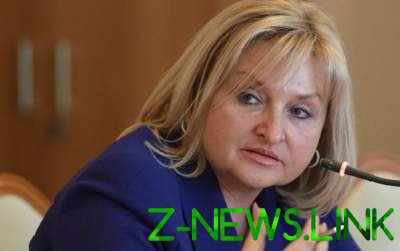 Irina Lutsenko tried to calm MPs in the Russian language in an insulting manner.

The people’s Deputy from “Blok Petro Poroshenko”, the wife of the attorney-General Irina Lutsenko during clashes in the Verkhovna Rada on Friday asked his party members Oleg Nedava “make” the Deputy from “Svoboda” Yuri Levchenko.

During the vote for the bill on the reintegration of Donbass, the part of deputies from “BPP” surrounded the rostrum and Presidium of the Parliament, not to give opponents of the law to disrupt the vote. After the speaker of Parliament Andriy Parubiy put the bill to a vote near the rostrum clashes began, one of the most active was the Deputy from “Svoboda” Yuri Levchenko.

During this scuffle Irina Lutsenko in Russian shouted to the party member Oleg Nedava that he calmed Levchenko: “Oleg! Oleg! Take out the goat! Take it down”.

Levchenko subsequently took responsibility for the abandoned in the premises a smoke bomb and said that “this Parliament would burn, so he did what he does: those unconstitutional things.”

Voting for the bill on the peculiarities of the state policy on ensuring state sovereignty of Ukraine on the temporarily occupied territories in the Donetsk and Lugansk regions still occurred – 233 votes “for”, took it upon and seized the points of the Minsk agreements.