Lowering expectations for Biden is a bad idea for American families 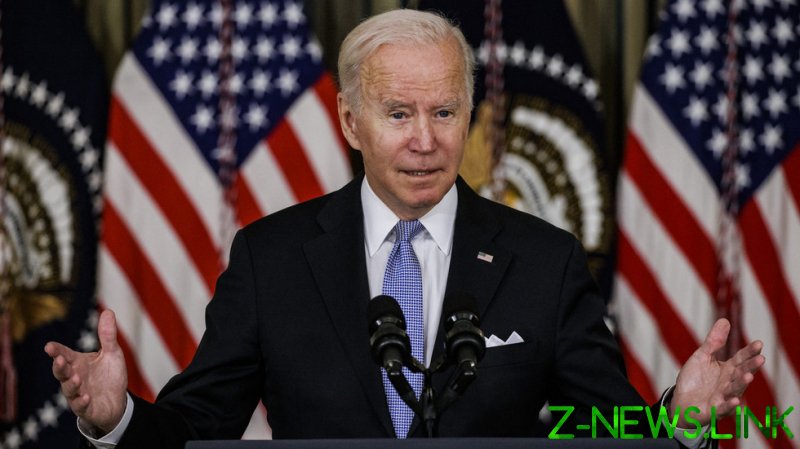 Unable to manage any one of a number of Joe Biden-created crises, from supply chain delays, to inflation, to Afghanistan rescues, to the catastrophe on the southern border, the White House told Americans to suck it up and lower their expectations – not just of the Biden-Harris team, but of life in general.

The fault, said one op-ed in the Washington Post, was that since 1911 the damned capitalists have been raising consumer expectations and, of course, one day, those expectations were bound to be disappointed.

Since that op-ed ran, an election has occurred in Virginia that in no way minced words about what Americans – at least the ones in Virginia – think about the Biden Democrats’ lowered expectations.

Democrats in Virginia got their orders from the voters to march off the field and leave it to the Republicans to fix. It’s an ominous sign for the Democrats, who have to face voters in federal elections next year in all 50 states.

But the funny thing about liberals is that, even when confronted with clear evidence that they are wrong on policy, they continue to reimagine and to reframe an issue, so that little by little they redefine it until their failure, by a new definition, is no longer a failure, but rather a virtue.

In this they are aided by a complacent media who think they can feed us anything and we’ll call it sweet.

Two striking examples within the last week illustrate the point.

Bloomberg.com, the supposedly pro-business journal, called on Americans to consume less and “live more like Europeans,” citing Germany as a shining example of European citizenry.

Yes, Germany, the country that was so determined to create a ‘renewable’ energy scheme it must now must import energy from other countries to meet demand. German energy priorities are so scrambled that the country actually ran out of coal in October to fire one of its electric plants and had to shut it down.

It’s not even winter yet. That’s one reason why German electric prices are among the highest in the world.

Per capita, the US economy generates about $17,000 more annually than Germany’s $41,259 per person. Quite simply, Americans consume more in part because we have more money. And that’s a good thing.

For comparison’s sake, ask yourself which economy would you rather be?

That is not to say that Germany isn’t a fine country, with good people and a well-run economy in its own way, but most Germans would prefer their economy to look more like America’s, not the other way around. Because, as even Bloomberg concedes, “European levels of consumption coexist with lower levels of [economic] growth.”

And lower levels of growth mean less money for the government for social security, Medicaid, Medicare, and for all of the other happy stuff Democrats have been saying they really need to raise your taxes to fund.

The solution to our economic troubles is more growth, not less growth. Only a liberal, having trouble defending the failures of the White House economic policy, would try to argue otherwise.

There was also an article from the Intercept which tried to tell you that the historic wave of inflation that the country is experiencing is really a good thing for you. “Don’t panic over milk prices,” the Intercept said last week. “Inflation is bad for the 1 percent but helps out almost everyone else.”

Who do you think is fretting more about milk prices today? A double income family with two kids, or Elon Musk?

The crux of the Intercept article is that inflation helps wages go up, so inflation is good for most workers. While that can be true at times, those times are fleeting. Inflation, if left alone, will continue to jack up prices and wages, and wages and prices, creating a kind of black hole in the economy until many people wake up one day and suddenly find themselves out of work because no one can afford to buy anything and companies can’t afford to hire.

Who do you think is fretting more about losing their job today? A double income family with two kids, or Elon Musk?

The Washington Post reported last week that while hourly wages have gone up 5.1% this year, consumer prices have risen 6.2%, wiping out wage growth and eating into incomes.

Wages and inflation tend to follow each other very closely over time, simply because wages are the biggest input in determining inflation. When wages go up, inflation follows.

Most importantly, however, is that we’ve come to a place in our society when we are being told to create a better life for ourselves by lowering our standards and then just pretending that things are better when we know that they aren’t.

It’s happening for no other reason than Biden’s administration hasn’t been able to deliver the goods, so to speak, for the American people. And its media apologists are anxious to redefine success to protect the White House.

That may seem like a good deal for the media and the White House, but it sounds like a bad idea for a family of four, for Elon Musk, and for America.