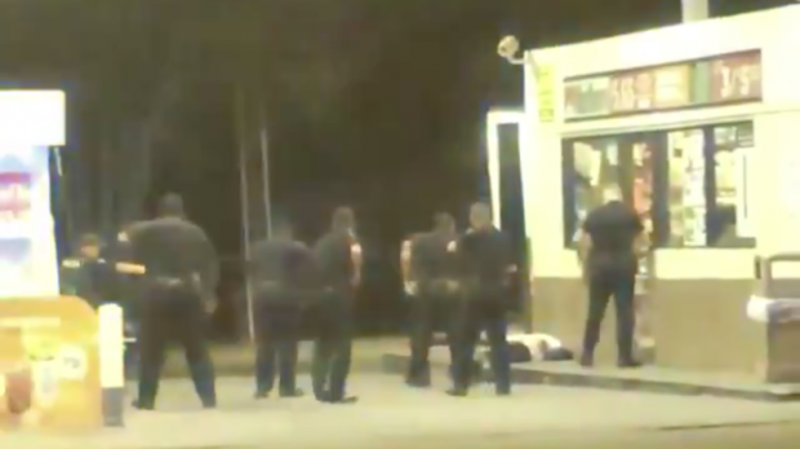 Lafayette Police Department officers responded to a disturbance call, involving a man with a knife at a Shell gas station around 8pm Friday. When they tried to apprehend the suspect, identified as 31-year-old Trayford Pellerin, he allegedly ignored repeated orders to surrender as well as several taser shots fired at him.

The disturbing incident was captured in several videos that showed a man walking away from a group of cops towards the entrance to a convenience store. Witnesses could be heard shouting “He’s got a knife!”, “Get on the ground!” and “They’re gonna shoot him!”, before the gunfire erupts.

Around a dozen of shots can be heard in the video, which immediately went viral, sparking accusations of excessive use of force. Authorities argued that tasers were “ineffective” and failed to stop the suspect, and that he was still armed when he tried to enter the store with people inside.

The officers involved in the shooting were placed on administrative leave as the Louisiana State Police conducts an investigation, in coordination with local community leaders, while interim Police Chief Scott Morgan promised to “do whatever we can as far as transparency goes.”

In the meantime , activists organized a a vigil and a protest at the scene of the shooting on Saturday, while the American Civil Liberties Union of Louisiana called the incident a “murder” and “brutal killing.”