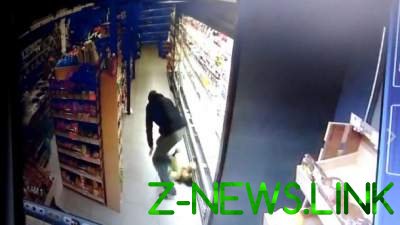 The man dropped a 3-year-old child on the floor in the supermarket onward.

In one of the supermarkets Kropiwnicki, the man dropped to the floor a three year old girl, she lost consciousness.

As the press service of the police of Kropivnitsky on the page in Facebook, the incident occurred on the evening of 19 November, on the street patsaeva. The accident was reported by eyewitnesses.

“Passers-by became witnesses of how the unknown citizen dropped the baby on the floor in one of the shopping centres, and then made an unconscious 3-year-old girl from the supermarket, not even giving her a professional medical care”, – stated in the message.

Police managed to find the apartment of 33-year – old men in the house were two girls, one of which was lying on the couch unconscious.

According to law enforcement officers, with the sofa in the apartment hid a family friend, 33-year-old man. He admitted that he did not hold the girl in his hand, causing it fell to the floor. Thus he tried to pull the child from the Department of dairy production.

The father of the victim girl about the incident also knew, but did not give this situation a large value, say, his friend dropped the girl and soon will pass, – said the police.

The man was detained and taken to the police Department. He is suspected of committing child abuse. About the case also said employees of juvenile prevention. According to law enforcers, the detainee was already brought to criminal liability for narcocrimes.