Home / WORLD / London urges Brussels to be ‘reasonable’ over Northern Ireland, says the protocol was drafted to be flexible 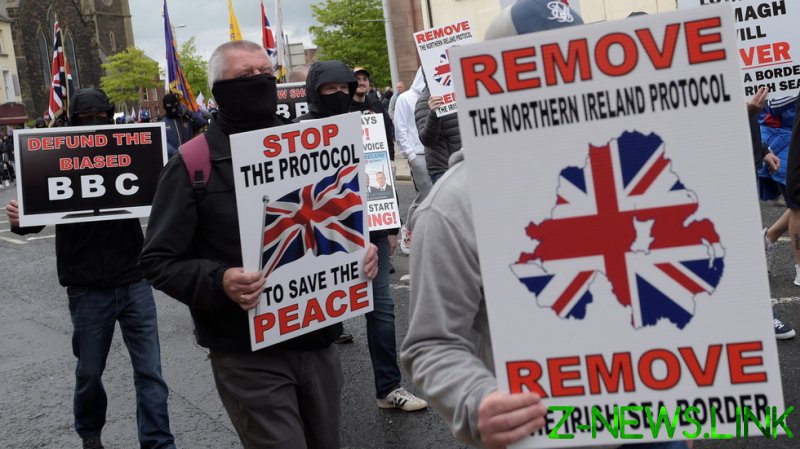 Truss suggested that the Northern Ireland protocol, which was signed a year before the UK-EU post-Brexit trade agreement, should be changed to reflect the nature of the final-hour trading pact agreed in December 2020.

“We need the EU to be pragmatic about the checks that are undertaken and that was always the way the protocol was drafted,” the minister stated. “It requires compromise between the parties, and the EU needs to be reasonable,” she added.

According to the Express, Truss claimed that the trade deal agreed between the UK and the EU was “totally compatible” with the Northern Ireland protocol, suggesting that the ongoing row over customs checks was unnecessary.

The UK and the EU have engaged in copious rows over trade, fishing and Northern Ireland since the beginning of the year. In recent weeks, in a disagreement now referred to as the “sausage wars” – a reference to the ban on chilled meats exports from Britain to Northern Ireland – the UK has called on the EU to take a more flexible approach.

With Northern Ireland separated from the rest of the UK by a customs border down the Irish sea, in March London unilaterally extended the grace period before which customs checks would need to be introduced. The move irked the EU, leading to legal action.

The grace period on some products, including chilled meats, runs out on June 30. Johnson’s spokesman said last week that there was “no case whatsoever for preventing chilled meat from being sold in Northern Ireland.” The EU’s customs laws only allow frozen meats to enter the single market.

Northern Ireland has seen a resurgence in sectarian violence this year, with many blaming Brussels and its inflexibility over the protocol.