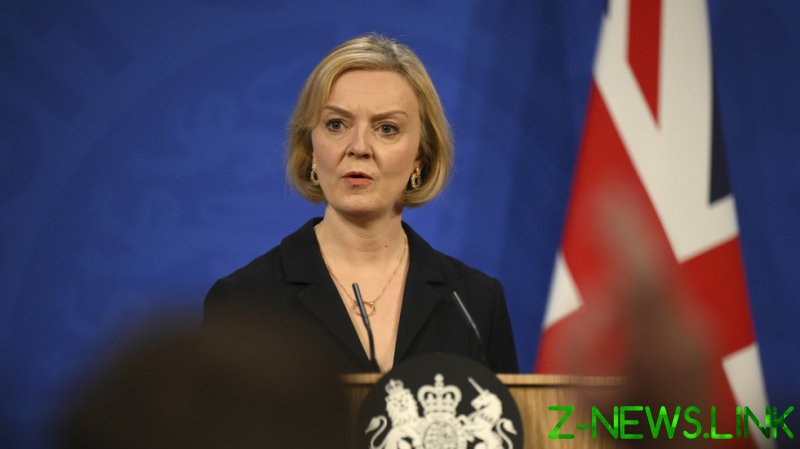 The security breach was allegedly discovered back in summer when then Foreign Secretary Truss was fighting for the Tory leadership, and prompted former Prime Minister Boris Johnson to order a complete media blackout due to sensitivity of the matter, the Mail on Sunday reported citing unnamed security sources.

The messages obtained by hackers reportedly included Truss’ “highly sensitive discussions with senior international foreign ministers about the war in Ukraine, including detailed discussions about arms shipments,” according to the paper.

While the details of the hack remain unclear, the culprits are believed to have downloaded up to a year’s worth of recordings, including private conversations in which Truss and her political ally Kwasi Kwarteng criticized Johnson.

The report pinned the blame on foreign state actors “presumed to be working for Vladimir Putin’s Russia,” although a cyber expert cited by the paper also named other usual suspects such as “China, North Korea and Iran who would have huge interest in knowing what the Foreign Secretary is communicating.”

Even though the incident triggered concerns of potential blackmail, a news blackout was ordered, because it was “not a great look for the intelligence services if the Foreign Secretary’s phone can be so easily plundered for embarrassing personal messages,” the Mail cited one source as saying.

A government spokesperson refused to comment on “individuals’ security arrangements,” insisting that the British government has “robust systems in place to protect against cyber threats.”

British opposition parties have already demanded an urgent independent probe into the allegations.

Labour’s shadow home secretary Yvette Cooper said there are “serious security questions around why and how this information has been leaked or released right now which must also be urgently investigated.”

Meanwhile, Liberal Democrat foreign affairs spokesperson Layla Moran said that “if it turns out this information was withheld from the public to protect Liz Truss’s leadership bid, that would be unforgivable.”

Truss went on to replace Johnson as Tory leader and became PM on September 6, only to resign 45 days later, becoming the shortest-serving premier in UK history.