Home / WORLD / Live by the sword, die by #MeToo: If we’re judging Andrew Cuomo by his own standards, he must resign as New York’s governor

Live by the sword, die by #MeToo: If we’re judging Andrew Cuomo by his own standards, he must resign as New York’s governor 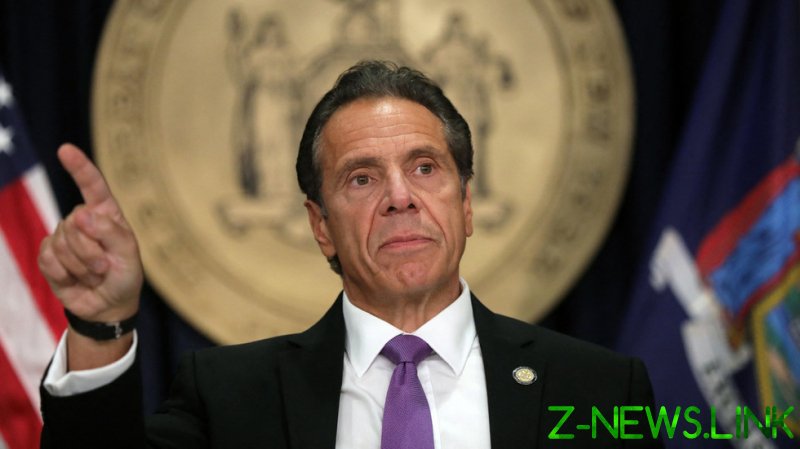 What Cuomo posted on Twitter on September 17, 2018 was pretty ironic. After finding himself in a similar situation, the same person who demanded a delay in the confirmation vote for Brett Kavanaugh to the Supreme Court is now stating that he won’t resign.

Many women have come forward with accusations about Governor Cuomo’s behavior, and we find ourselves in another situation where someone in authority is going to have to be held to account by the #MeToo standard.

Other Democrats are already holding Cuomo to that standard. The speaker of the New York state general assembly, Carl Heastie, and the state senate majority leader, Andrea Stewart-Cousins, have called for him to step down. There have also been discussions on whether or not to draft articles of impeachment to pull him out of office.

Whether Cuomo realizes it or not, he is being judged by the exact same measure he uses to judge others. A post-Kavanaugh Democrat Party is one that has to be held to its own standards. If not, it stands accused of being massively hypocritical, and the more progressive wing of the party is likely to be increasingly vocal about that. It’ll also worsen the split within the #MeToo movement, which many Democrats have used as a cudgel to beat their opponents.

No doubt there will be some who’ll find this situation deeply satisfying, as it’s emblematic of an entire political party having to reap what it sows. Cuomo was someone who was portrayed as a hero during the Covid crisis. He was even given an Emmy award for his press conferences. The media went to bat for him, and largely swept his targeting of Orthodox Jewish communities under the rug.

Decisions he made that led to people at high risk for Covid being infected and dying were also overlooked. It seems obvious that he’s benefited from a level of protection from some sections of the media. But now the Democrats are at a point where, if they’re going to retain any sort of credibility, he has to go.

The greater irony of Cuomo’s predicament is that situations such as this can be prevented by simply not throwing out ideas that are central to American philosophy when it comes to accusations of criminal activity. “Innocent until proven guilty” has been the prevalent concept for hundreds of years for a reason. But, instead, it’s been replaced with the idea that, if you’re going to be properly progressive, you must “believe women.”

To most sensible human beings, the idea of enshrining the voice of a certain gender in a scenario such as this should be a bad idea. It’s not as if we live in a world where women don’t lie. In a much more sensible world, everyone would simply be calling for an investigation. And from there, justice could be served.

Unfortunately, in America, we now find ourselves in a culture that seems to be rejecting the very core ideas within our constitution. Presumption of innocence should exist – I don’t know if Cuomo is guilty and neither does anyone else, except for him and the women making accusations. That’s the standard that all Americans should be held to.

But when you go out of your way to try to change that standard, you shouldn’t then be surprised if you, too, end up facing the consequences.