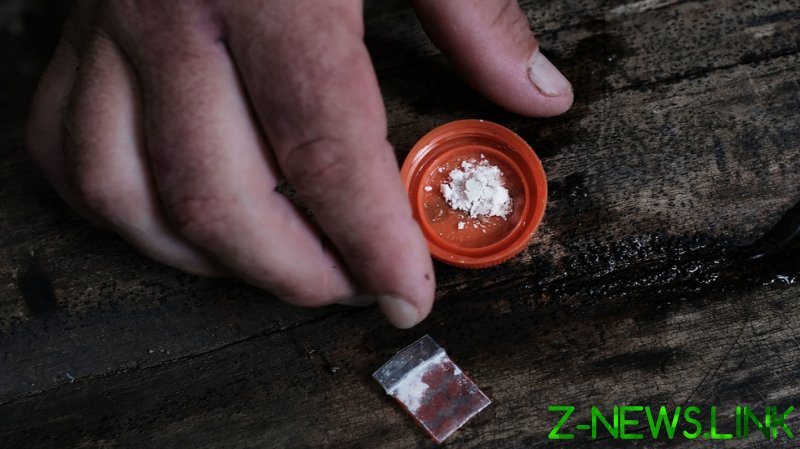 Carl Hart, who chairs the psychology department at the prestigious Ivy League university, provided some remarkable personal anecdotes about recreational drug use in his new book, ‘Drug Use for Grown-ups: Chasing Liberty in the Land of Fear’.

The 54-year-old father of three revealed that he regularly snorts small amounts of heroin, sometimes using the drug for as many as 10 days straight before taking a break.

“There aren’t many things in life that I enjoy more than a few lines by the fireplace at the end of the day,” he wrote, as detailed by the New York Post. Describing himself as a responsible taxpayer who volunteers in his community and “contributes to the global community,” the professor concluded: “I am better for my drug use.”

However, the academic admitted that the habit has its drawbacks, noting that mild withdrawal symptoms can occur “16 hours after the last dose.”

As an advocate for drug decriminalization, Hart argued in his book that dabbling in heroin was “as rational as my alcohol use,” and, “Like vacation, sex and the arts, heroin is one of the tools that I use to maintain my work-life balance.”

The book’s publisher, Penguin Press, says Hart’s tome makes the case that the stigmatization of drug use has been a “tremendous scourge on America, not least in reinforcing this country’s enduring structural racism.”

Unsurprisingly, his defense of heroin stirred up considerable drama on social media.

One blue checkmarked legal analyst insisted that people have been “conditioned” to disapprove of heroin and other drugs, which have been outlawed for “racist/and or capitalist reasons.”

Others took a slightly more critical view of Hart’s position. Conservative commentator Michael Savage wrote an all-caps screed aimed at the professor, describing the academic’s drug habit as evidence of “the end of civilization.”

The United States has faced criticism for its heavy-handed ‘war on drugs’ that has resulted in long prison sentences for nonviolent substance users. However, the country is also suffering from a serious opioid crisis that has claimed the lives of more than 400,000 Americans over the past two decades.