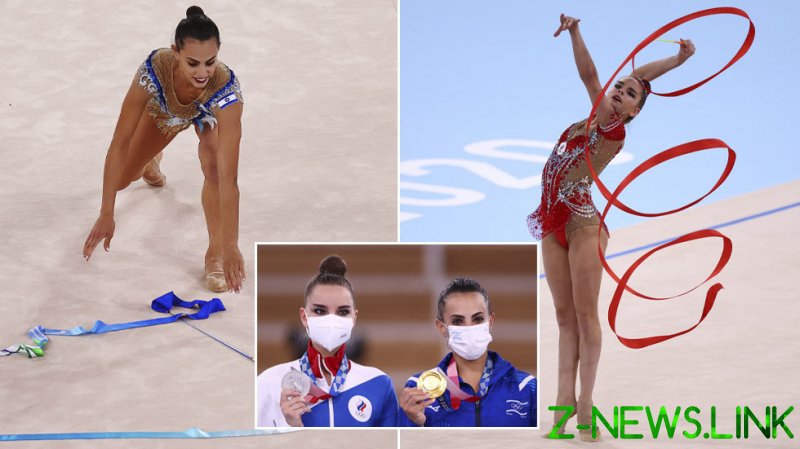 The strong accusations from the legendary Russian rhythmic gymnastics coach, whose star pupils have claimed a long list of Olympic titles over the years, come in the wake of Saturday’s scandal at the Tokyo Olympics. Israeli gymnast Linoy Ashram took gold, despite having dropped the ribbon during her routine – an obvious mistake that still saw Russia’s Dina Averina placed overall second, regardless of her seemingly perfect performance.

“It’s a blatant [judging] mistake and a flagrant injustice… which had been planned in advance. A mistake that has nothing to do with clean sport. It’s the same thing as doping or bribing the judges,” Viner-Usmanova, the head coach of the Russian national team, told RT on Saturday.

“The sort of mistake that the Israeli girl did at the end of her routine under no circumstances leaves any chances of taking the gold. The mistake was blatant… and it wasn’t just overlooked,” Viner-Usmanova believes. “If you compare [Ashram’s] results in the preliminary competitions without this glaring mistake, you’ll find that it was practically the same as today, after the glaring mistake.”

“Dina Averina, who did this part of the routine flawlessly, had to receive a mark of at least one point above – that’s minimum – but she got just 0.7 points more, and then lost just by about 0.2 points,” Viner-Usmanova concluded, adding that some unexplained trickery with lower points for difficulty was also occurring in case of the Russian girls.

The controversial outcome marked the first time since 1996 that a Russian rhythmic gymnast will not take home Olympic gold in the individual all-round competition. Viner-Usmanova, who says she never in her life has protested a competition’s results, told RT she filed three protests today.

Calling the results an “obvious judging disgrace,” Viner-Usmanova said the judges have embarrassed themselves with purposefully taking a Russian athlete off the golden podium in an “unfair and the most disgusting manner.”

“I think we should appeal to Thomas Bach [President of the International Olympic Committee], but keeping in mind such judging… I personally think that sports like rhythmic gymnastics will not be part of the Olympic family in the future,” she said.

“Dina Averina will make history as the real Olympic champion, who performed honestly, but was taken down by judges,” Viner-Usmanova concluded.