Home / WORLD / Lights, Camera, Cancelled! 10 Movies that were never made because the US government didn’t like them

Lights, Camera, Cancelled! 10 Movies that were never made because the US government didn’t like them 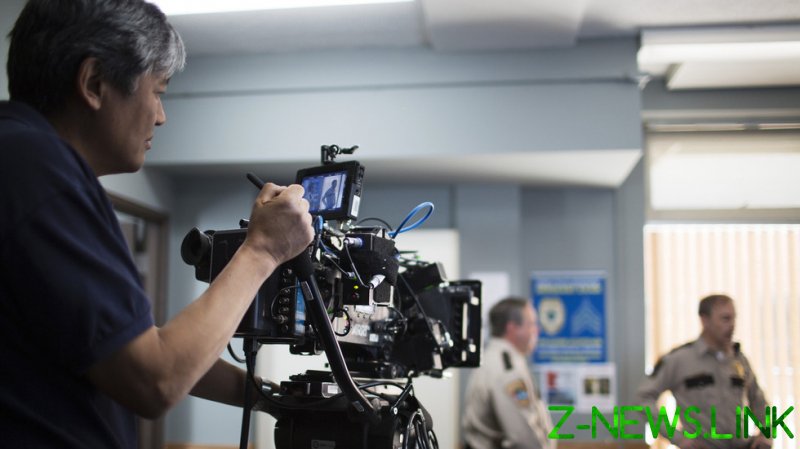 The FBI was the first agency to lay the smack down on movies. In the 1930s, J. Edgar Hoover insisted on total control of the FBI’s public image and monitored the development of all movie projects about the Bureau. In February 1935, Hoover wrote a memo decrying Hollywood’s attempts to “make a cheap movie and capitalize on it” and demanded, “We should put a stop to this if it is started in any way.” One project that bit the dust was titled ‘The Federal Dick’, which Hoover considered “a most humiliating and repugnant title.” At his request, the attorney general issued a press statement condemning the proposed movie, and the project died.

The Brain and Birdman of Alcatraz

In the 1930s, Alcatraz developed a reputation as a Gangster Hall of Fame – the one prison where all the most glamorous criminals were housed. Inmates like Al Capone and Machine Gun Kelly granted the island jailhouse an intriguing lustre which captured the attention of the American public.

This upset the director of the Federal Bureau of Prisons, James V. Bennett, who wanted to avoid the impression of a celebrity super-prison, so he spent over 20 years either removing references to Alcatraz from movie scripts or killing movies about Alcatraz altogether.

Research by historian David Eldridge found that Bennett enlisted Joseph Breen, the head of the Production Code Administration, to help keep Alcatraz off the cinema screens. They removed dialogue about it from ‘The Last Gangster’, while ‘Escape from Alcatraz’ was rewritten and the main setting changed to a state prison, rather than the infamous federal penitentiary, and the film was renamed ‘Behind Prison Gates’.

In 1948, Cecil Wright, the so-called ‘Brain of Alcatraz’, won an appeal against his conviction for burglary after 18 years in prison. His case was touted by the press as a miscarriage of justice, so when Bennett found out that a biopic of Wright was in development, he agitated against it.

He wrote to the film’s producer insisting that the script was inaccurate and did not meet the Production Code’s requirements for a ‘fair representation’ of federal institutions. He copied in Breen who responded by refusing to approve the movie for release, and the Wright biopic was never made.

Similarly, Bennett prevented multiple attempts to make a film about Robert Stroud, a convicted murderer and respected ornithologist known as the ‘Birdman of Alcatraz’. While a biopic of Stroud was eventually made in 1962, Bennett had successfully kept him off the screen for over a decade.

For decades John Wayne acted as a Hollywood poster boy for the US military, but he didn’t always get its approval. In August 1954, Wayne wrote to the Pentagon asking for help on ‘Giveaway Hill’ – a film he was developing about the Marine Corps during the Korean War.

The Marine Corps reviewed the script and had major objections. Documents record how it felt the story “points up the futility of the fighting” and “would cause an unfavorable public relations reaction.” It had major problems with the racist treatment of a Marine named Jesus Perez, which it predicted, “would provide Communist propaganda with reams of new material.” The documents go on to say that “The bloody carnage … is objectionable from both a recruitment and a public relations standpoint … The complete loss of units can be expected to cause recruiting stations long periods of inactivity.”

The Marine Corps wrote back to Wayne, denying his request for support, and ‘Giveaway Hill’ was never made.

A database of Pentagon-Hollywood interactions contains dozens of entries for films that were rejected for military support and are marked “no record that film was ever made”. One such film was 1985’s ‘Recovery’. The database entry comments: “Denied because of violence, strong language, and DOD did not want to cooperate on any story dealing with the USMLM as the primary plot.”

The USMLM was the Cold War Military Liaison Mission, where a small number of military intelligence officials on both sides were allowed access to each other’s territory in Germany. It was a rare case of the two warring blocs putting aside their hostility and finding areas of mutual interest, an image that was unacceptable to the Pentagon’s propaganda offices. Recovery was never made, so this decades-long operation remained outside of public knowledge.

In early 1987, Marlon Brando was attached to a film about Eugene Hasenfus, a cargo handler on a plane supplying the Nicaraguan contras that was shot down by the Sandinista government, leading to Hasenfus being held and interrogated for weeks. A bidding war for the script broke out between two factions – one led by former CIA officer Frank Snepp which included Brando, while the other was headed by former Navy counterinsurgency specialist Larry Spivey.

Brando’s group lost the bidding war, but then the project died. Decades later, an investigation by journalist Nick Schou found that the CIA itself was backing the winning faction and that “It was really [Colonel] Oliver North, who was trying to orchestrate a bidding operation to try to prevent this movie from being made.”

Iran-Contra reared its ugly head a few years later in ‘Countermeasures’, a thriller set on board an aircraft carrier where a Navy psychiatrist – to be played by Sigourney Weaver – discovers a secret arms smuggling ring.

The US Navy hated the script, objecting to “racist stereotypes” and to almost all the Navy characters being “unapologetically sexist if not guilty of outright sexual harassment or sexual assault”. The smuggling plot was also a showstopper, especially since the script portrayed the White House as “complicit in the intrigue”. The Navy’s 1993 memo states, “There‘s no reason for us to denigrate the White House or remind the public of the Iran-Contra affair.”

The Department of Defense (DOD) didn’t simply reject ‘Countermeasures’, it sabotaged it. After informing the producers that they wouldn’t approve support, Pentagon officials reached out to the Spanish navy to warn them off the project, and so ‘Countermeasures’ was never produced.

The original ‘Top Gun’ was one of the US military’s greatest PR wins, with the DOD’s entertainment liaison office saying it “Completed rehabilitation of the military’s image, which had been savaged by the Vietnam war.” It was a huge commercial success, so why did it take so long to get a sequel?

The answer is the Tailhook scandal, where Navy and Marine aviators groped and sexually assaulted dozens of hotel guests at the annual Tailhook conference at the Las Vegas Hilton in 1991. The inspector general’s investigation into the assaults repeatedly cited the effect of ‘Top Gun’ in encouraging and normalising this behaviour.

So when Paramount went to the Navy with plans for ‘Top Gun 2’ they were rejected. As David Georgi, then head of the Army’s Hollywood office, explained, “In Top Gun, Tom Cruise bedded his instructor and drank heavily. The Navy did not need that image portrayed again after Tailhook.”

As a result, that version of ‘Top Gun 2’ was never made, and it would be another 20 years before Jerry Bruckheimer got the project going again, and documents detail how he approached the military before the script for ‘Top Gun: Maverick’ was even written.

The Pentagon is still at it. In 2011, Robert Redford’s production company Sundance Productions approached the Marine Corps about interviewing female marines for their film ‘Women at War’.

Reports from the Corps’ Hollywood office show that the official reason given for rejecting the movie was the lack of a distribution deal in place, but in private it was because, “the angle of the production deals with sexual harassment & PTSD.”

‘Women at War’ joined the long list of films that were never made because the US military disapproved of their content.

Another recent film that suffered the same fate was ‘Dancin’ in Iraq’, about a crew of Navy nurses in Iraq who start a dance troupe to stay sane.

The Marine Corps hated the script. Its assessment said, “Script is abysmal. The dance troupe is actually a small, virtually insignificant subplot. The central plot focuses on a romance between a Marine commanding officer of a ‘combat hospital’ in Baghdad and his XO, a Navy Lt. Cmdr. LA PAO advised writer we will not be supporting due to various plot lines.”

Marine Corps documents also detail how the film’s writer-director Mike Rossi was not happy with this rejection, stating, “Mr. Rossi contacted LA PAO by email after the request was declined. His verbal threats were considered unfounded and all other branches were notified accordingly.”

Despite his fiery response there was nothing Rossi could do, and ‘Dancin’ in Iraq’ was consigned to the cutting room floor, courtesy of the US military.