Light plane crashes into building in Milan, killing eight on board (VIDEOS) 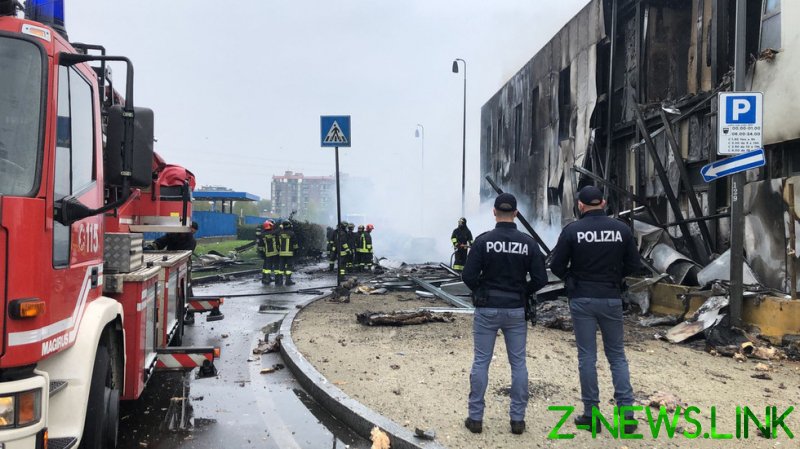 The accident occurred on the southwestern outskirts of Milan on Sunday. The light aircraft, believed to be a Swiss-made Pilatus PC-12 turboprop plane, crashed into an empty building near the San Donato metro station.

Footage from the scene captured shortly after the crash shows how the plane was obliterated on impact, spewing fuel that caught fire and ignited the building. Debris littered the crash site, partially blocking an adjacent road.

Everyone on board – six passengers and two crew members – were killed in the crash, Italian fire rescue has said. The building which the plane crashed into was badly damaged in the ensuing fire, while multiple parked cars in the vicinity were burnt out as well.

According to local media reports, the plane crashed shortly after takeoff. “The plane had a burning engine and it went down, no maneuvers were seen, but it just crashed,” an eyewitness told la Repubblica newspaper.

All of the plane’s passengers are believed to have been French nationals, and it is feared that a child is among the dead. The aircraft was booked for a private flight, heading from Milan’s Linate airport to Olbia in Sardinia.