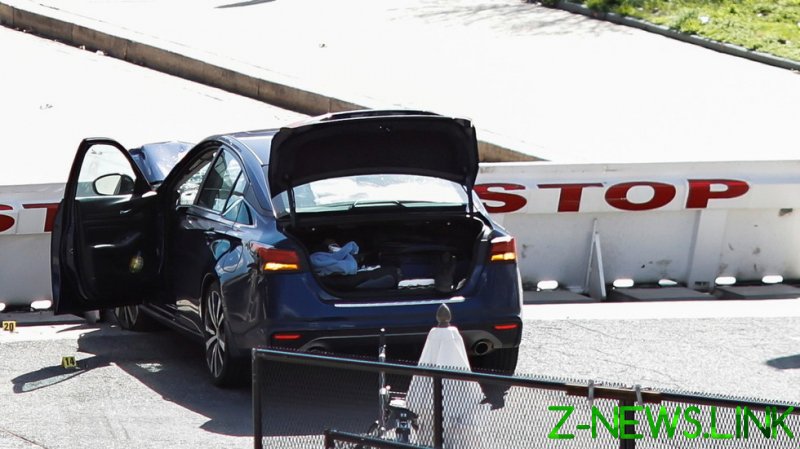 Little is known about the suspect who attacked two police officers outside the US Capitol on Friday afternoon. He rammed his car into security barriers outside the building, and was shot dead when he lunged at the officers with a knife. Both the suspect and one officer died of their injuries. As of now, police have not identified the suspect, nor his motive.

Within minutes of the attack, pundits and commenters on Twitter decided that the suspect was a “white nationalist,” and a “Trump supporter,” based on nothing more than their own gut instinct, and some biased reading between the lines of the Capitol Police’s statement saying that the attack was not apparently “terrorism related.”

Live video footage broadcast by Fox News has suggested, however, that the suspect was a black male.

Sophia Narwitz, a YouTuber and RT contributor, collected some of the most egregious examples of the blue-checkmarked Twitter elite jumping to conclusions.

Nothing else was immediately known about the suspect, and it’s understood he had not had any run-ins with the Capitol Police or DC Metropolitan Police before.

The Capitol has been on high security since a pro-Trump riot in January, and thousands of National Guard soldiers are still deployed in Washington, after Democrat lawmakers and intelligence officials warned of the threat of “domestic terrorism,” a threat that never materialized.

To some activists in the media, “domestic terrorism” is simply a stand-in phrase for “white Trump supporters,” and just two weeks ago, these same agenda-driven reporters made the same mistake, pinning a mass shooting in Boulder, Colorado, on a white extremist, before it emerged that the alleged killer was in fact a Syrian immigrant.

Friday’s “white suspect” narrative was built and collapsed in the first hour following the attack, as facts were few and far between. However, facts haven’t stopped liberal journalists in the effort to weave politically-expedient narratives before. Last month, as many in the mainstream media looked to pin a series of attacks on Asian-Americans (many by black males) on white supremacists, the shooting death of six Asian women and two whites by a white man at a number of Atlanta spas and massage parlors gave them plenty of material to work with. The fact that the suspect had frequented these massage parlors for sexual services, and explicity stated he was acting based on a “sex addiction” rather than racial hatred, did little to stop the narrative being spun.