Home / WORLD / Letter of contention: Media in Australia obtains document suggesting no promises to proceed with subs deal were made to France

Letter of contention: Media in Australia obtains document suggesting no promises to proceed with subs deal were made to France 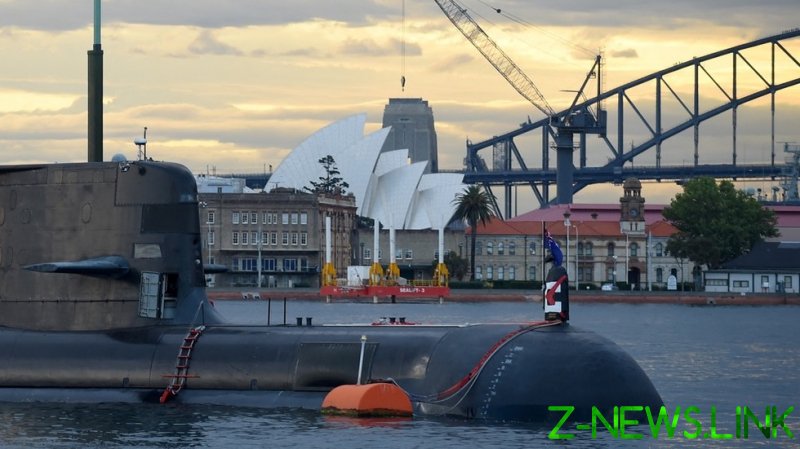 The diplomatic row between Canberra and Paris continues, with a letter sent to France’s Naval Group on the matter of the now-infamous submarine deal being published by news outlets in Australia on Saturday.

The document, released to The Weekend Australian and the local edition of The Guardian by the country’s Department of Defence under freedom of information laws, contains no mention of the Australian government’s plans to go ahead with the contract.

“The matters addressed in this correspondence do not provide any authorization to continue work, or for the reimbursement of that work,” the director general of the Future Submarine Program, Royal Australian Navy Commodore Craig Bourke wrote in it, as quoted by The Guardian. The letter, dated and sent on September 15, ahead of communication between Australian Prime Minister Scott Morrison and French President Emmanuel Macron, acknowledged only the French contractor’s achievements in the initial stages.

“The document makes no reference to any decision to authorize the next phase, and does not even mention it,” according to the media outlets.

The letter “appears to be carefully worded, with a focus on contractual matters,” according to The Guardian, which claims to have a copy of it, although it reports that some of its references had been blacked out by the releasing body, suggesting this was due to the necessary protection of trade secrets.

Australia’s defense officials have previously told Reuters the correspondence didn’t mention any further commitments, “which remained subject to the announcement of decisions by the Australian government.”

Last month, the French authorities stated that there had been reassurances from the Australian side with regard to the multibillion-euro deal, and the decision to cancel it had been a “stab in the back.” French defense spokesperson Hervé Grandjean said the letter in question had been reassuring about the subsequent step that would be taken in closing the deal: “In short: forward to launching the next phase of the contract,” and Foreign Minister Jean-Yves Le Drian that the document had indicated Canberra’s readiness for a “rapid signature.”

“Everything I have told you is confirmed by the letter I received on 15 September from the Australian Ministry of Defence, which said, ‘Everything’s OK –  let’s continue,” Le Drian told a parliamentary hearing this week, adding that “someone [had] lied.”

The decision to terminate the submarine deal with France and forge a new one between Australia, the US, and the UK, known as AUKUS, has led to a full-scale diplomatic argument, with a number of nations being drawn into the row. Among the latest developments in the wake of the falling-out, trade talks between Canberra and the European Union have been put on hold.