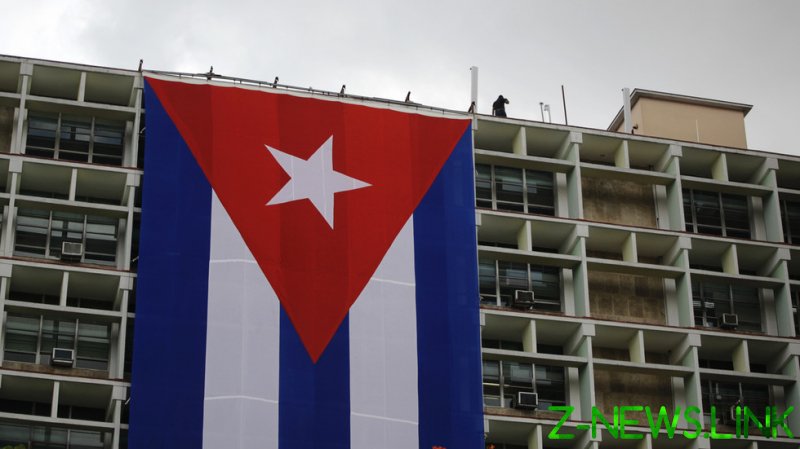 The US Treasury Department announced the new penalties on Friday, claiming the ministry and its chief, Alvarez Casas, “have directly or indirectly” taken part in “human rights abuse,” pointing to alleged mistreatment of Cuban dissident Jose Daniel Ferrer.

“As [interior minister], Alvarez Casas is also designated for being or having been a leader or official of an entity… that has engaged in, or whose members have engaged in, serious human rights abuse,” Secretary of State Mike Pompeo said in a separate statement, adding that Ferrer had reported “being beaten, abused, and held in isolation” while in custody in September 2019.

Though Washington, keeping with its standard practice, cited no evidence to support its allegations, Cuba’s Foreign Minister Bruno Rodriguez wasted little time before blasting the sanctions as illegitimate.

“I denounce Trump’s [government’s] inclusion of Cuban individuals and entities in unilateral and illegitimate lists as a coercive measure against our country,” Rodriguez wrote on Twitter.

The new penalties – which entail a ban on all US dealings with Casas and the Interior Ministry, as well as a freeze on all their US-based assets – come just days after the Trump administration re-added Havana to its ‘state sponsors of terrorism’ blacklist. Washington accused the country of harboring Colombian guerilla fighters who traveled to Cuba to take part in peace talks with Bogota, and of refusing to extradite them back home. Cuban officials also shredded that move as “fraudulent designation” by a “discredited, dishonest and morally bankrupt government.”

Trump has overseen a reversal of rapprochement efforts with Cuba pursued by his predecessor, Barack Obama, clamping down on travel restrictions, imposing several rounds of new sanctions and tightening a decades-long trade embargo partially lifted under the prior administration.

The sanctions on Cuba were imposed amid a flurry of similar actions during Trump’s waning days in office. Over the last week, the administration has brought penalties against six Hong Kong officials and two Iranian foundations, also threatening the same for European firms working on Russia’s Nord Stream 2 pipeline project. Twelve Iranian metals producers were hit with sanctions earlier in January, while December saw the US Commerce Department unveil a list of 103 Russian and Chinese entities – including Moscow’s Defense Ministry – to be slapped with export bans.

With Trump slated to leave office in less than a week, some observers have suggested the administration is aiming to tie Joe Biden’s hands when he takes over the presidency on January 20, potentially creating a diplomatic minefield for the new government to navigate as it stakes out its own agenda.