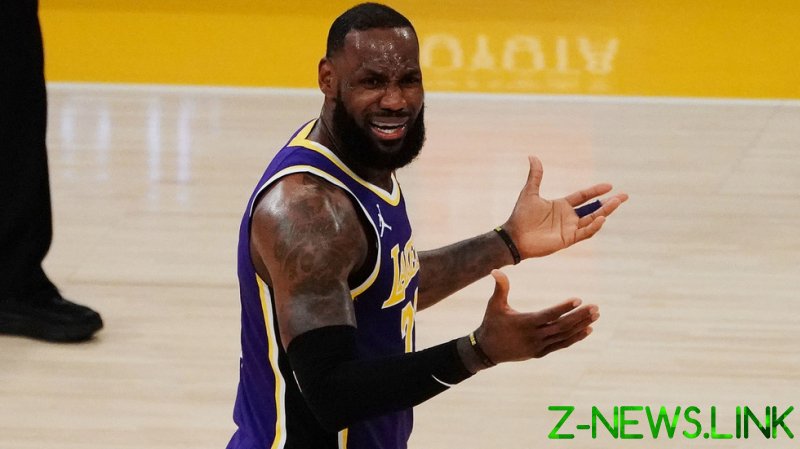 The now-deleted tweet by the NBA star showed a photo of officer Nicholas Reardon, with the caption “YOU’RE NEXT #ACCOUNTABILITY,” along with an hourglass emoji. Reardon fatally shot Ma’Khia Bryant, 16, while responding to a 911 call. Video from the officer’s body camera appears to show the black teen swinging a knife at a woman before he opened fire.

The provocative tweet vanished shortly after James posted it, but not before many pundits accused the basketball player of inciting violence over the controversial incident. James later returned to Twitter to explain why he had scrubbed the message. He suggested that “gathering all the facts” was more constructive than “anger,” adding that he was still fuming over what had happened to the “lil girl” and wanted justice to prevail.

“I took the tweet down because its being used to create more hate -This isn’t about one officer.  it’s about the entire system and they always use our words to create more racism,” he wrote, adding that he was “desperate” for more accountability for law enforcement.

The clarification wasn’t well received by many social media users, who said James was responsible for the same hate-spreading that he accused others of engaging in.

“Most of your race-based tweets achieve nothing other than fomenting hate, division, and tribalism.  You are a dispenser of racial hate rooted in an ethos of victimology,” wrote professor and author Gad Saad, an outspoken critic of social justice crusades.

Conservative lawyer and popular Twitter pundit Ron Coleman noted that James was calling for “accountability” while not being held responsible for his own incendiary actions.

Others asked the NBA star what he would have done under the same circumstances, given that the officer appears to have prevented the teenager from stabbing someone.

Still, James’ position on the matter enjoyed plenty of support.

One commenter said that angry reactions to James’ tweet were diverting attention away from “the white supremacist system and it’s enforcers,” and echoed hope for accountability.

Several replies said that the use of deadly force against Bryant was unjustified, and that reforms are needed to ensure that police actually “protect and serve” their communities.

Bryant’s death occurred on Tuesday after a jury found former Minneapolis police officer Derek Chauvin guilty of two counts of murder and one count of manslaughter for the May 2020 killing of George Floyd. Floyd’s death sparked nationwide protests and calls to “defund” police forces.

James, who has been vocal about his support for racial justice movements such as Black Lives Matter, responded to the verdict with a single word: “ACCOUNTABILITY.”