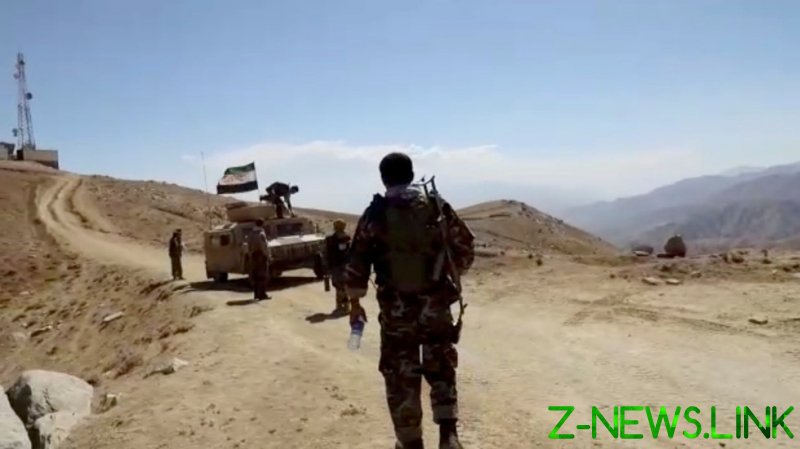 The call for talks was issued by the head of the self-styled Resistance Front of Afghanistan (NRF) on Sunday in a Facebook post. The son of the late mujahideen commander Ahmad Shah Massoud expressed readiness to end hostilities and talk with the Taliban, urging it to withdraw from the Panjshir valley, located north of Kabul.

“The NRF in principle agrees to solve the current problems and put an immediate end to the fighting and continue negotiations,” Massoud stated.

“To reach a lasting peace, the NRF is ready to stop fighting on condition that the Taliban also stop their attacks and military movements on Panjshir and Andarab,” he added, referring to a district located in the neighboring province of Baghlan. After such ceasefire is reached, a large meeting of Muslim scholars should be held to settle the differences between the warring sides, Massoud suggested.

In recent weeks, the Taliban has established control over most of the Afghan territory, seizing the capital city of Kabul. The fall of Kabul resulted in the disintegration of the late Afghan government and sent President Ashraf Ghani fleeing abroad.

Few areas, including the Panjshir valley, remained out of the Taliban’s control. The Taliban and the NRF forces have been engaged in open fighting over the past few days, with both sides claiming victories over each other.

While the Taliban said it established control over multiple districts of the province, the NRF said it captured hundreds of Taliban militants, including foreign nationals. Neither side, however, has managed to produce any public evidence to back up their claims.
Massoud’s call comes after the Taliban forces claimed they had reached the provincial capital town of Bazarak, securing neighboring districts. Taliban spokesman Bilal Karimi said the group’s fighters had captured a large cache of weaponry and ammunition from the NRF forces.

At the time of this article’s publication, the Taliban has not responded to Massoud’s statement. The opposing sides have made several attempts in talks already, with the negotiations ultimately flopping and both sides blaming each other for it.