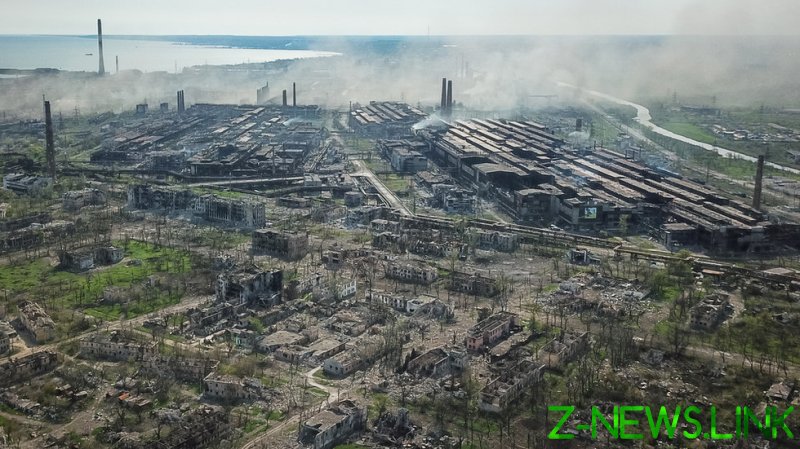 Russian forces are not storming the Azovstal steelworks in Mariupol, where Ukrainian military servicemen and members of the neo-Nazi Azov battalion have been holed up for more than a month, Kremlin spokesperson Dmitry Peskov told journalists on Wednesday.

According to the official, the Russian military is abiding by President Vladimir Putin’s earlier order not to storm the plant.

“There is no assault. We see that flare-ups occur when militants get out to assume gun emplacements. These attempts are being suppressed quite promptly,” he said.

On Tuesday, several Russian and Ukrainian media outlets reported that fighting had broken out at and around the giant steelworks compound following a few days of relative calm thanks to a ceasefire declared by Moscow to ensure the evacuation of civilians from the area. According to these reports, the Azovstal plant was being pounded by artillery and aerial bombardment. Unverified footage circulating on social media appeared to corroborate this, depicting plumes of smoke billowing from the facility.

The Donetsk People’s Republic claimed that the Ukrainian military and Azov fighters holed up at the industrial facility took advantage of the lull in the fighting provided by the evacuation ceasefire to take up new positions. 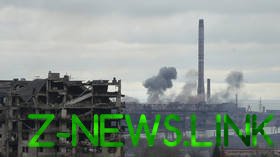 Moscow says its forces now control the entire port city of Mariupol, except for the Azovstal plant, which boasts an extensive network of fortified Cold-war-era bunkers and tunnels, where Ukrainian troops have been besieged for over a month.

On April 21, Russian President Vladimir Putin called off an operation to storm the steelworks, fearing heavy casualties among Russian troops, and ordered instead to impose a complete blockade of the Ukrainian forces holed up there.

In addition to the question on Russia’s strategy in Mariupol, Peskov was also asked to comment on reports in the Western media claiming that President Putin could order a mass mobilization in Russia on May 9, the day when the country celebrates its victory in World War II. The Kremlin spokesperson dismissed these claims as “rubbish,” reassuring the journalists that Putin was not planning to declare war on Ukraine.

Peskov also lamented the lack of progress in Russia-Ukraine talks, accusing the Ukrainian leadership of constantly changing its position. He added that Moscow was unsure whether the negotiations would bear any fruit.

When asked about the sixth round of EU sanctions, which representatives of all 27 member states are expected to adopt later this week, Peskov noted that sanctions were a double-edged sword and that European citizens would have to pick up the tab.