Home / business / Kolchenko was allowed a three-day date with mom

Kolchenko was allowed a three-day date with mom 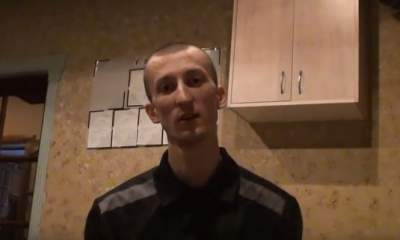 Kol refused to communicate with the regional Ombudsman and demanded a meeting with the Ukrainian.

Illegally convicted by Russia of Ukrainian political prisoner Oleksander Kolchenko, which are contained in the Russian colony in the Chelyabinsk region, allowed long visits with his mother. It is scheduled for July 28-30.

It is reported in Facebook the Russian human rights activist Nikolai Shchur, citing a conversation with a lawyer Kolchenko, who on 22 June visited the Ukrainian prisoner.

The lawyer also said that now Kolchenko started to pass a lot of emails, including Ukrainian and other languages haven’t done this before.

According to the lawyer, June 18 the Ukrainian was called to the head of the colony, where he waited up to ten people, including regional Ombudsman and representatives of the Public oversight Commission, a Russian organization that monitors the observance of human rights in places of detention.

“The conversation with Sasha was short: they inquired about his health, Sasha said, and further communication with them refused: “I Want to meet with the Ombudsman [upolnomochennym on human rights] of Ukraine,” – says Schur.

Ukrainian Ombudsman Lyudmila Denisova for about a week is in Russia, but it is not allowed to any of the Ukrainian political prisoners and do not even provide information about their condition.

May 31, ‘chenko declared a hunger strike demanding the release of Oleg Sentsov, however, the June 7 was stopped because of ill health.

Ukrainian Director Oleg Sentsov and activist Oleksandr Kolchenko was detained in Crimea on may 10, 2014. They were accused of preparing terrorist attacks, condemning Kolchenko 10, and after 20 years of imprisonment. The international community demands the release of both, as well as other Ukrainian political prisoners.