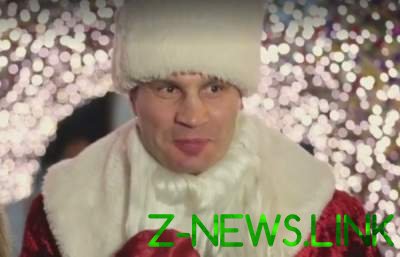 Kyiv mayor Vitali Klitschko and his brother Vladimir was dressed as Santa clauses and starred in the video posted in FB.

In the plot of the short film, the mayor, being in the room, considering the gifts which he in the story dreamed of as a child – the Rubik’s cube, figures of Indians. Then the mayor tries cuchillo with the words “taste of childhood”. Then, in the costume of Santa Claus appears on the screen Wladimir Klitschko, who supposedly brought gifts to his older brother.

Also the Klitschko brothers in Christmas costumes visited Christmas town at the Sofia area and talked and took pictures with children and adults.