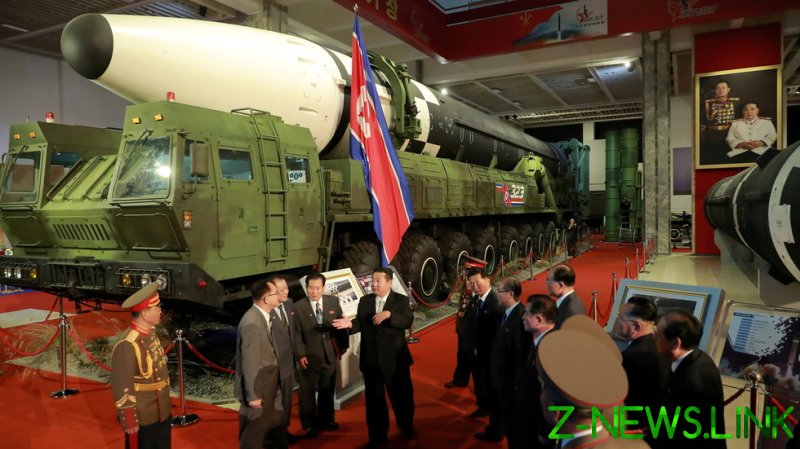 Speaking at the Defense Development Exhibition Self-Defense-2021 event in Pyongyang on Monday, Kim declared a “a new era of strengthening the national defense force,” saying the military would serve as an “invincible” line of defense, the country’s state media reported.

“Today’s grand exhibition… is a demonstration of national power that is as significant as a large-scale military parade,” Kim reportedly said, adding that without the military, Pyongyang would be “coerced by external military threats” and could not “protect the very existence of the state and its people.” 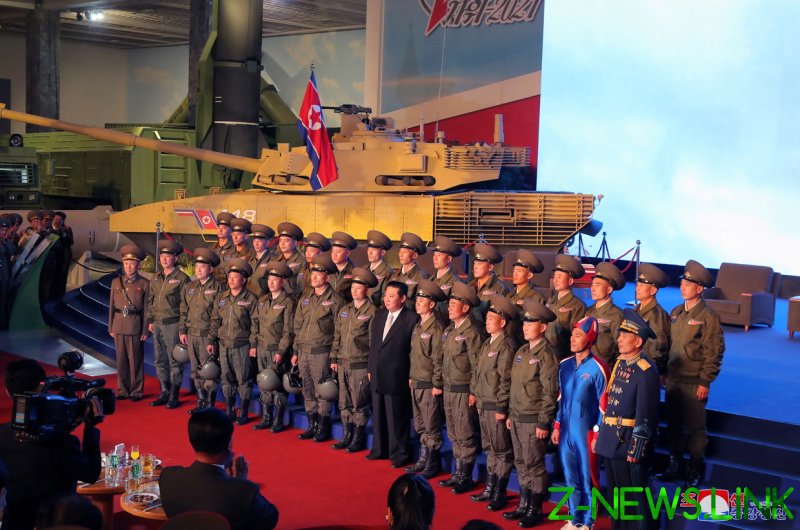 Turning to the US, Kim said Washington continues to offer false promises of peace, but remains a threat and has only ratcheted up “regional tensions” with “wrong judgements and actions.”

“What is clear is that the political instability in the Korean peninsula cannot be easily resolved due to its origin in the United States,” Kim said, arguing that the US has helped to drive a wedge between the two Koreas. 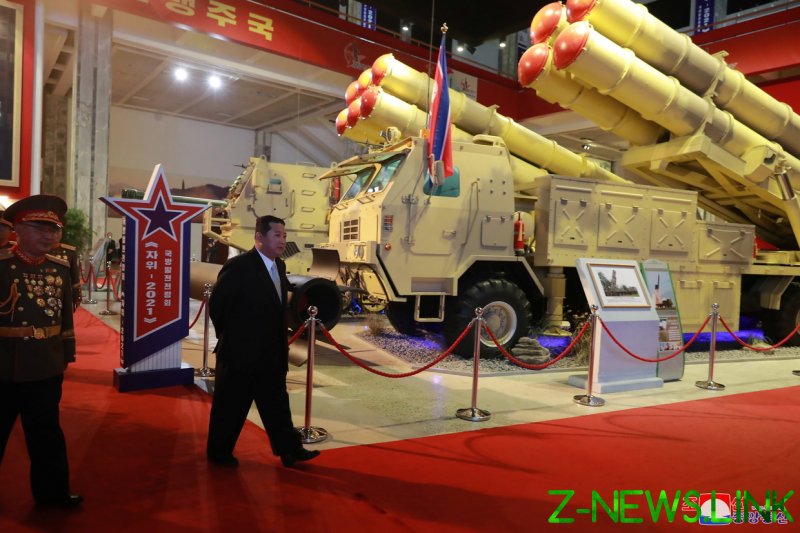 Kim noted that Pyongyang faces a more pronounced “military danger” than it did 10, five, or even three years ago, pointing to ever-growing ties between Washington and Seoul, including weapons sales and regular joint drills which effectively simulate an invasion of the north.

“Recently, with the strong support of the United States, South Korea is attempting to renew its military’s combat power by obtaining stealth joint strike fighters, high-altitude unmanned reconnaissance aircraft, and a vast array of advanced weapons,” he said.

While talking about peace, cooperation and prosperity in the past… you can see the nature of the various military exercises that the United States and South Korea frequently hold.

However, taking a more conciliatory tone later in his address, Kim also said that so long as Seoul does not attempt to threaten the north or its sovereignty, “I can assure you, there will be no tensions on the Korean Peninsula.” He added that he does not seek a “war of words” with the south, does not wish to repeat a “horrific history” of armed conflict between fellow Koreans and insisted that Seoul “is not a target for our armed forces.”

A number of major weapons systems were shown off during Monday’s expo in the capital city, including long-range missiles, mobile artillery units and aircraft, some of which performed a colorful flyover during the event. 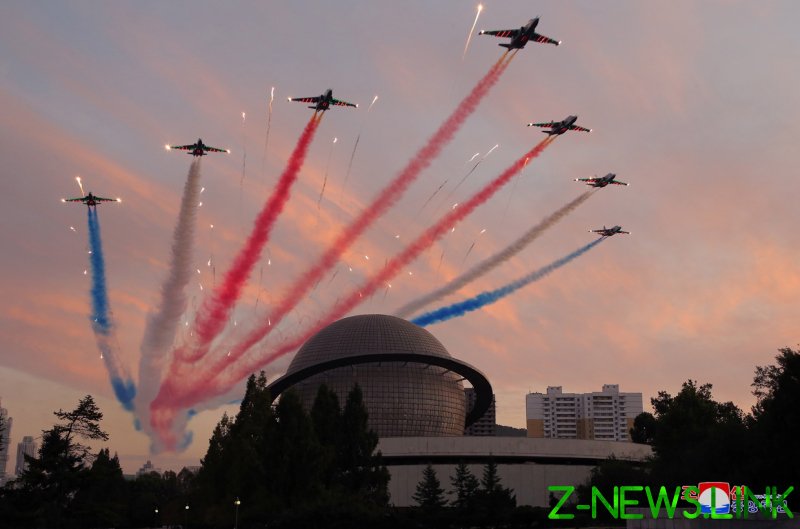