‘Killing for the sake of killing’: Disillusioned US drone pilots leak footage of air strikes against unarmed Afghans, media says 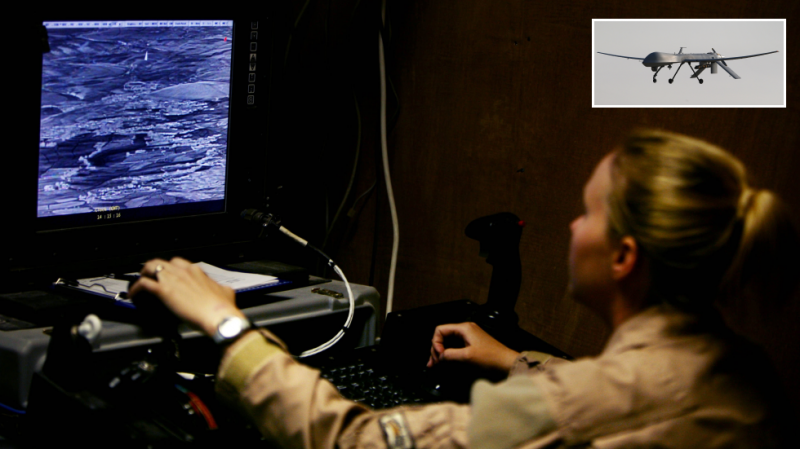 The footage, published on Tuesday as part of an investigation by military news outlet Connecting Vets, reportedly reveals how successive US administrations and defense strategists relaxed the rules of engagement in Afghanistan – as part of a policy to pressure the Taliban to the negotiating table.

However, drone operators interviewed by the outlet claimed the loosened rules around air strikes served “no point” and did not “make a difference” – with one pilot stating that it was “killing for the sake of killing.” The strikes also reportedly killed far more civilians than the Pentagon has admitted.

An unidentified pilot, who worked with the Marines as part of ‘Task Force South West’ in the country’s Helmand province in 2019, said he had been traumatized by one mistaken killing and shared a journal account of the incident with the site.

According to the outlet, the military had “transitioned from intelligence-driven targeting to using a target engagement criteria” such as holding a rifle, but the threshold for coming under suspicion could be easily crossed by unarmed adult men.

Last year, the DoD released air power summaries for Afghanistan that showed a six-fold increase from less than a thousand strikes in 2015 to 7,423 strikes in 2019.

According to a 2017 report by the Council on Foreign Relations think tank, Barack Obama “vastly [expanded] and [normalized] the use of armed drones for counterterrorism” to the tune of 542 strikes, killing roughly 3,797 people in various countries.

Under Donald Trump, authorization for drone strikes was delegated to field commanders as part of a National Security Council strategy to get the Taliban to agree on an exit strategy for US forces.