Home / WORLD / ‘Kill the Bill’: Londoners march against proposed law that would give police more powers to crack down on public protests (VIDEOS)

‘Kill the Bill’: Londoners march against proposed law that would give police more powers to crack down on public protests (VIDEOS) 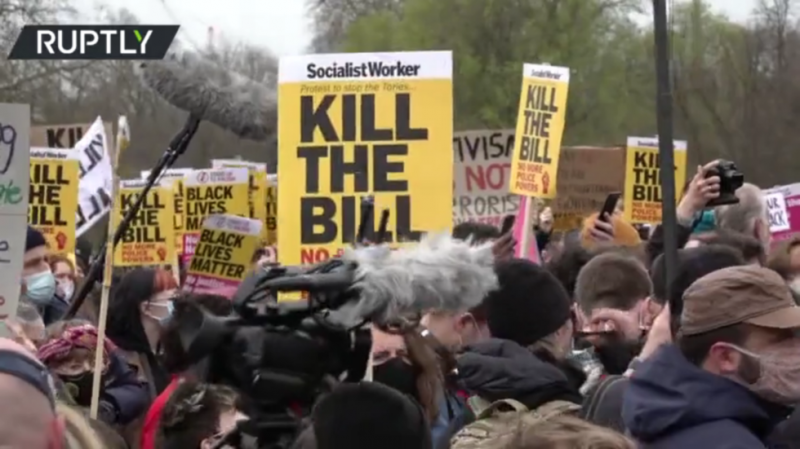 The protests were held in 25 cities across England and Wales, including London. People marched from the capital’s Hyde Park with placards saying ‘Protect our rights’ and ‘Kill the Bill,’ referring to the controversial proposed legislation, known as the Police, Crime, Sentencing and Courts Bill.

London’s Metropolitan Police urged the public not to attend large gatherings that violate Covid-19 regulations and are punishable by fines. Similar rallies last month led to clashes with police and to arrests.

The bill, which passed its second reading in the House of Commons on March 16, gives police additional powers to restrict and control all public protests, while reinforcing the punishment for public disturbance. The government argues that the legislation is aimed at curtailing actions that cause “unjustifiable disruption or distress” to others. The bill was introduced on the heels of the Extinction Rebellion and Black Lives Matter protests that also involved rioting and property damage. 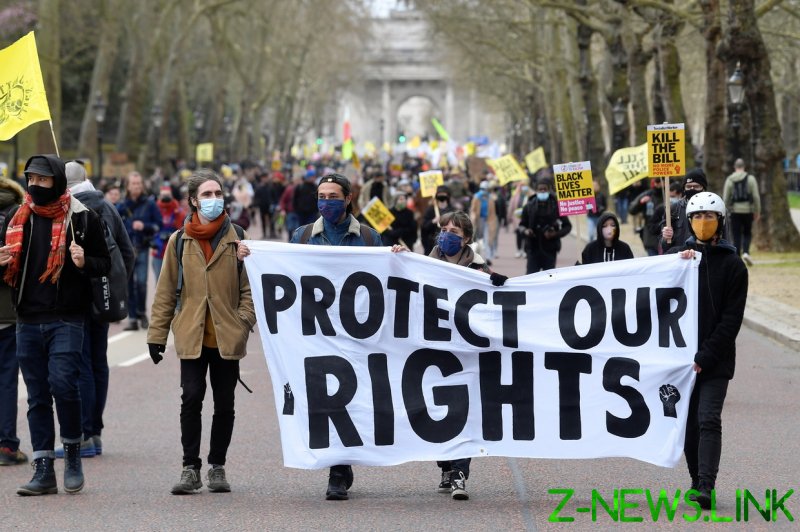 Opponents of the bill believe it will allow a crackdown on the freedom of assembly. Labour Party MP David Lammy described the bill as “draconian” and argued that it will incentivize authorities to move against any protests they do not like.