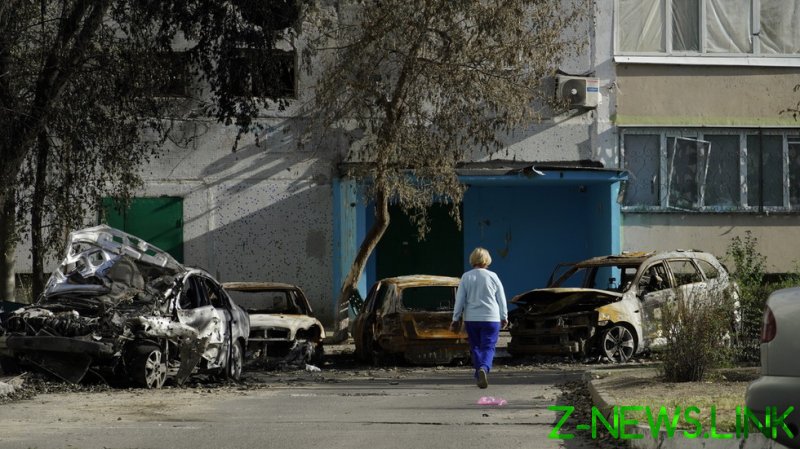 Ukrainian troops are carrying out artillery strikes on Energodar in Zaporozhye Region, one of the four provinces newly incorporated into Russia, acting Governor Yevgeny Balitsky said on Wednesday, accusing Kiev of trying to life unbearable for residents.

“The enemy has focused the shelling on our [gas-fired] power plant to derail our preparations for the winter season, and to demonstrate that the authorities are not capable of heating the city,” Balitsky told Russian television on Wednesday.

He believes Kiev intends to “destroy the infrastructure and make [Energodar] unlivable.” The Ukrainian government wants to regain control over the region, but does not want the people living in it to remain, he insisted.

In the past 24 hours there have been over 40 artillery strikes on and around the city, with some of the shelling conducted in a chaotic manner, Balitsky said.

He claimed that Ukraine’s artillery appears not to care about picking high-value targets, and expends pricey US-provided munitions to cause relatively minor damage.

“They even hit the railroad. It cost us 100,000 rubles ($1,680) to fix, and they spent $200,000. And fire indiscriminately all over the territory,” he said. “The Americans are pouring much money into Ukraine, so they can spend [ammo] absolutely without reservations.”

Russia took control of a large part of Zaporozhye Region in the early phase of its military operation against Ukraine. The region voted in a referendum last month to join Russia. President Vladimir Putin signed into law on Wednesday four acts, which formalized the transfer of Zaporozhye and three other former Ukrainian regions under Russian sovereignty.

Kiev has rejected the ballots and the change of status and pledged to use military force to oust Russia from all lands that Ukraine considers its own. Ukraine’s President Vladimir Zelensky claimed that he wants all people living in what his government terms “temporary occupied territories” back under Kiev’s jurisdiction, but threatened to punish “collaborators” who cooperated with Russia.