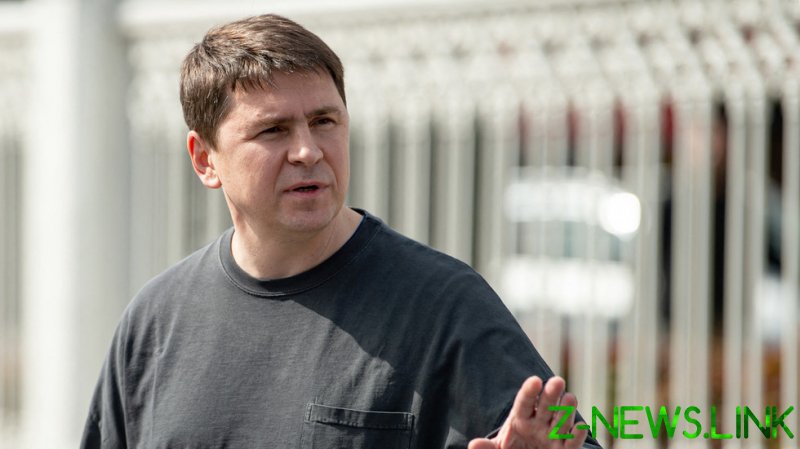 One of the top negotiators representing Ukraine in the stalled peace talks with Russia has called for the word ‘Russians’ to be erased from people’s memory in the regions in the east and south under Moscow’s control, once they are retaken by Kiev.

Speaking to Ukraine’s ICTV on Thursday, Mikhail Podoliak, an adviser to the head of the Presidential Office of Ukraine, said that Ukraine’s principal priority at this point is “liberating, and doing so in as tough a manner as possible with respect to collaborators as well as Russian troops,” Kherson Region and Zaporozhye Region in the south of Ukraine. Retaking the areas would help Kiev regain access to the Sea of Azov, something Ukraine “definitely needs,” according to the adviser.

Podoliak went on to say that he wants the word ‘Russians’ to be forgotten and consigned to history in Kharkov Region – which borders Russia, and where Kiev is mounting a counter-offensive – as well as in the Lugansk and Donetsk regions, which were recognized as independent by Moscow in late February. He added that, assuming the Ukrainian military retakes Donbass, he wants “all these criminal elements calling themselves the authorities there [to] be gone, physically gone.” 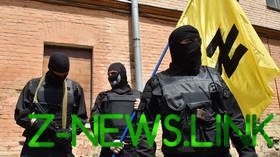 The peace negotiations between Moscow and Kiev, which Podoliak has been actively taking part in, began in late February, shortly after Russia attacked the neighboring state. Several rounds of talks took place in Belarus as well as via video link throughout March, with both sides reporting modest progress.

The two delegations met in Istanbul on March 29, with Russia’s chief negotiator, Vladimir Medinsky, claiming the following day that Ukraine had agreed in principle to become a neutral state, to renounce its desire to obtain nuclear weapons, and to conduct troop exercises only with the consent of the guarantor states, including Russia.

However, in early April, following the discovery of mass graves allegedly containing bodies of Ukrainian civilians in the town of Bucha, Kiev accused the Russian troops who had held the area of committing atrocities. President Volodymyr Zelensky said the supposed crimes against civilians severely complicated further dialogue. Russia has denied any involvement and insisted that the harrowing scenes in Bucha had been staged by Ukrainian forces to frame the retreating Russian troops. Moscow also claimed that Ukrainian officials had themselves moved away from some of the key points agreed upon in Istanbul.

On April 12, Russian President Vladimir Putin said the peace talks had “returned to a deadlock,” after Ukraine refused to recognize Crimea as Russian and the Donbass republics as independent.

In early May, Ukrainian newspaper Ukrayinska Pravda (UP) ran a report suggesting that it was UK Prime Minister Boris Johnson’s visit to Kiev on April 9 that emboldened Ukraine’s leadership and led to them abandoning attempts at a peaceful resolution to the conflict. According to the outlet, citing officials close to Zelensky, Johnson made it clear that the West was opposed to Ukraine signing any kind of agreement with Russia.

On Thursday, Russian Deputy Foreign Minister Andrey Rudenko indicated that Russia was ready to restart the talks, adding that it was “our Ukrainian partners” who had put the negotiations on hold.