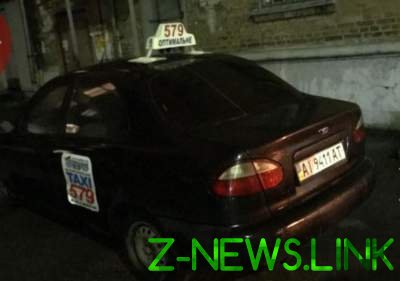 The driver rushed down the sidewalks, “flew” at a red light and even managed to ride on the Playground.

In Kiev the drunk driver had a race with the police.

Daewoo was moving in Minsk array with the lights off and “zigzag.” According to “Kyiv Operational”, he was stopped by the patrol police. As soon as law enforcement approached the car and wanted to introduce myself, the driver pressed the gas pedal and began to run.

About 10 minutes after him the police. The driver rushed down the sidewalks, “flew” at a red light, and even managed to ride on the Playground.

Police have shut down all arrivals and departures from the yard of the house number 93 on the street Avtozavodskaya, and the driver had nowhere to go. He parked the car and started to run away. A patrol caught up with him. In the mouth the detainee was car keys, which he, for some unknown reason, tried to eat.
Drager driver blew out at 1.85 ppm.

By the way, this is the third time the driver consists of administrative materials for driving in an alcohol intoxication. Previous fines paid. This time, he faces a fine of 40 to 800 UAH.

Driver’s license male deprived for a long time, but this does not prevent him drunk again and again to sit behind the wheel.