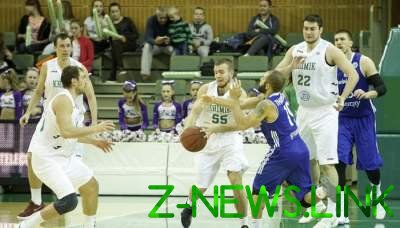 Vice-champion of Ukraine on basketball yuzhnensky “Chemist” suffered a fifth defeat in the group stage of the Cup of Europe FIBA.

In the home match against Turkish “Buyukcekmece” the team of Vitaly Stepanovski almost interrupted the black strip. “Chemist” has until recently remained in the game, but to make a sensation and to preserve the chances for survival of the Euro Cup season the Ukrainian club failed.

Khimik started the match with the breakthrough 11:2, and the first quarter of the guests won with a 10-point margin. However, before the break, the Turks completely eliminated the advantage of “Chemist”.

At the end of the match, colter and Arians their shots failed to convert, and “Buyukcekmece” clutch problems with the set points have arisen.

To avoid a shameful departure from the Cup of Europe FIBA “Chemist” try on 6 December in the home match against Belgian “Dexia”.