Kevin Spacey ordered to pay $31mn to those who fired him 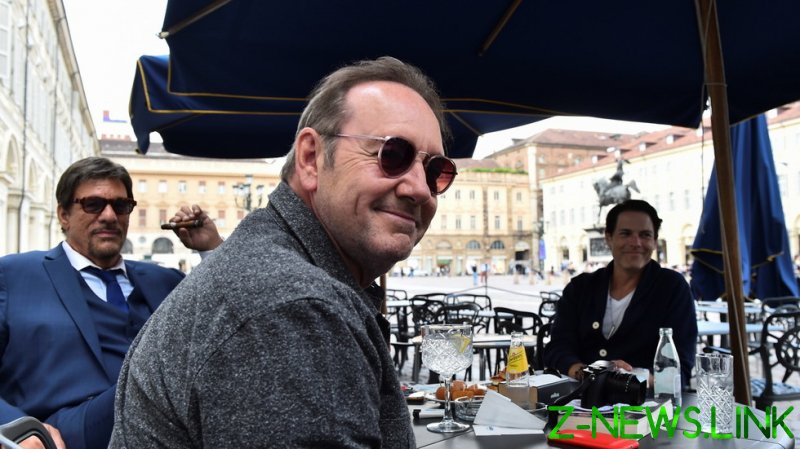 According to a petition filed in the Los Angeles County Superior Court on Monday, an arbitrator ordered Spacey and two of his production companies last year to pay nearly $31 million to Media Rights Capital (MRC), the company behind the hit political series ‘House of Cards’. MRC has now asked the court to confirm the award.

Spacey, who starred as a political operative and later the president, Frank Underwood, was fired from the Emmy-winning show after five seasons in 2017, following allegations of sexual misconduct.

MRC initially filed an arbitration action, arguing that Spacey’s behavior cost the company tens of millions of dollars. In the new filing on Monday, MRC said that an arbitrator found that Spacey “repeatedly breached his contractual obligations.”

After firing Spacey as leading actor, the studio killed off his character off-screen and rewrote the entire sixth and final season of House of Cards, reducing it from the 13 planned episodes to eight.

In 2017, actor Anthony Rapp accused Spacey of assaulting him in 1986, when Rapp was 14 and Spacey was 26. Spacey released a statement, saying he did not remember the specific incident, but apologized for acting inappropriately in the past. Rapp sued Spacey last year.

In 2019, prosecutors refused to charge Spacey with sexual assault after an unnamed masseur accused him of groping. They said the allegations could not be proven without the victim’s participation in the proceedings. The masseur unexpectedly died later that year, and his civil lawsuit against Spacey was dismissed.

In June, a federal judge dismissed another anonymous accuser, who sued Spacey alongside Rapp, because the accuser refused to publicly reveal his name.

Since 2017, Spacey has mostly kept a low profile, only occasionally releasing short videos on social media. It was revealed in May that he was cast in Franco Nero’s upcoming film, ‘L’uomo che disegno Dio’ (The Man Who Drew God).