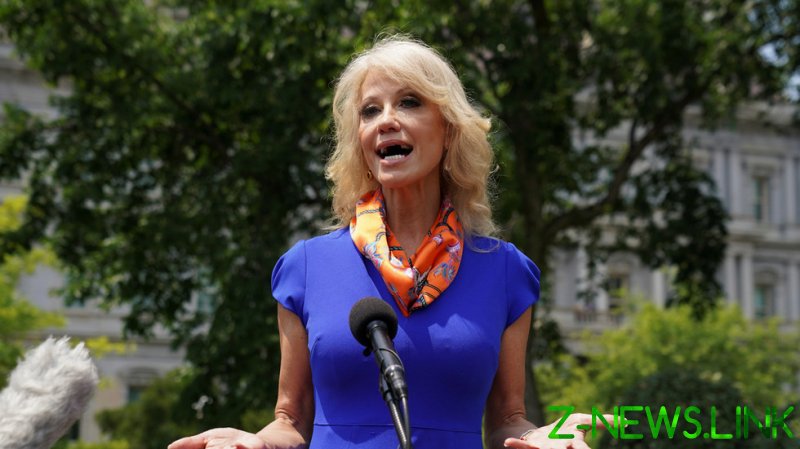 Claudia Conway has a notoriously tumultuous relationship with her mother, judging by her content uploaded to social media over the past several months, with the teenager previously publicly accusing her mother of being “physically, mentally, and emotionally abusive.”

A nude photo of Claudia was published on the Fleets section of Kellyanne Conway’s Twitter account on Monday night, before it was quickly deleted.

Claudia’s followers quickly made her aware of what had happened, causing an on-air meltdown in the process.

She later added, “The picture’s from months ago,” and said she suspected either that her mother had copied the image to her own phone having confiscated her daughter’s, or that someone had hacked her mother’s phone.

During the TikTok tirade, the teen said her mother is “going to f*cking jail.”

Some saw issues on both sides of the argument, however, claiming the entire family was dysfunctional, and adding that it was difficult to lay the blame on either party exclusively, given the way their personal lives and disagreements had been shared online.

Others put forward the idea that Claudia Conway had uploaded the photo herself to discredit her mother.

Kellyanne Conway was previously caught on camera calling her daughter an “ungrateful b***h” and threatening to permanently confiscate her phone.

For her part, Claudia previously claimed she had called child protective services seeking help, but said: “My parents are too powerful and nothing happens. I’m probably going to get in a lot of trouble for this.”