Home / WORLD / ‘Justice for Diego’: Fans of late football legend call for those ‘guilty’ for Maradona’s death to be punished (VIDEO)

‘Justice for Diego’: Fans of late football legend call for those ‘guilty’ for Maradona’s death to be punished (VIDEO) 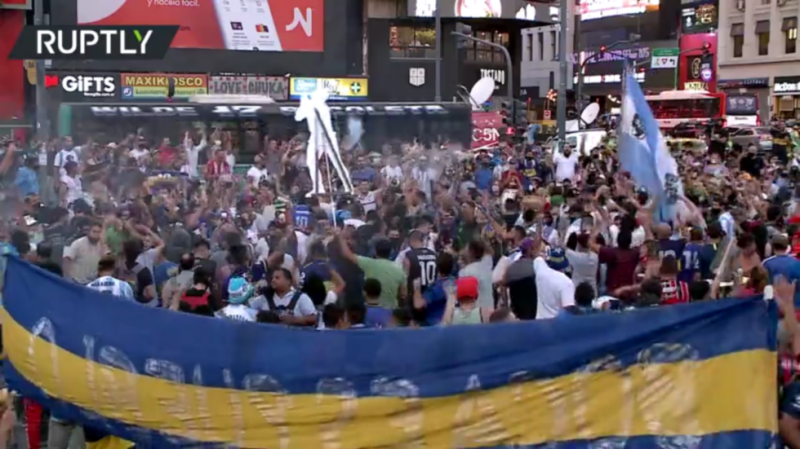 Hundreds of protesters flocked to the iconic Obelisco monument in central Buenos Aires on Wednesday evening for the ‘Justice for Diego’ rally. The gathering was headlined by Maradona’s ex-wife, Claudia Villafane, his children, and other family members.

The protesters waved flags with Maradona’s image and jersey number, sang songs in his honor, and chanted slogans.

Maradona died at the age of 60 at his home in the suburbs of Buenos Aires shortly after undergoing brain surgery to treat a blood clot. The protesters believe his death was the result of mistreatment by his entourage, including the medical team.

“He did not die, they killed him!” the organizers of the rally posted on social media, explaining why they demand a trial and punishment for those guilty.

The late star is considered one of the greatest players in football history, and achieved demigod status in his home country. He also struggled with addiction and suffered from ailing health in the last years of his life.

The protest in the Argentinian capital comes days after a public prosecutor convened a medical board to analyze his death. The panel, made up of 10 medical experts and 10 representatives selected by interested parties, gathered for the first time on Monday and is expected to announce its findings in two or three weeks.