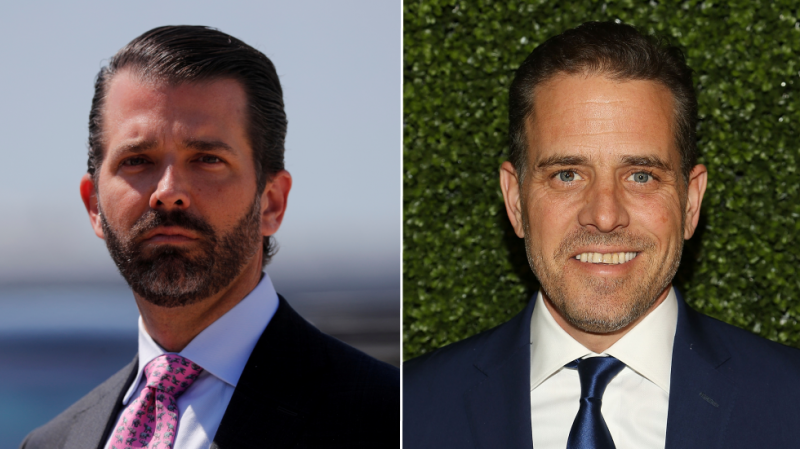 Trump Jr. had plenty to say when speaking to a crowd of supporters at CPAC this week. The former president’s oldest son targeted CNN, Dr. Anthony Fauci, and even the recently sentenced Michael Avenatti. His criticism of Hunter Biden, however, is what got him trending on social media and triggered liberal critics.

“How do we get what we want from the Democrat Party? Just buy Hunter’s art,” Donald Trump Jr. told the crowd, referring to Biden’s increasingly controversial art show set for the fall in New York City. Pieces at the show will sell for as much as $500,000, and sellers will be kept private – two details that have numerous experts, including former Obama Director of Government Ethics Walter Shaub, up in arms and citing potential corruption.

Other conservatives have also been targeting Biden over the upcoming art show, demanding the names of sellers be released.

The White House reportedly worked behind the scenes to help draft the anonymous buyer’s agreement for Biden’s upcoming art show, and press secretary Jen Psaki has defended the auction, saying the president’s son has the “right” to pursue an “artistic career,” and that “reasonable safeguards” have been put in place to combat potential corruption.

Trump Jr. also targeted Biden for recently released alleged text messages that included racist language, one of the latest developments from the “laptop from hell,” an allegedly abandoned laptop belonging to Biden that has led to numerous accusations of using his father’s political influence to make foreign business dealings.

Donald Trump Jr. claimed Biden’s admitted addiction to drugs is what gives him a free pass on his other controversies, as he faces pushback even for talking about the current president’s son.

Trump Jr. also targeted Hunter Biden’s father, saying the “world is going to hell” under the current administration, citing both rising gas prices – the highest they’ve been in years – and gaffes, like the White House recently celebrating a $0.16 savings for Americans in Fourth of July costs.

Former President Donald Trump is scheduled to follow his son and speak at Dallas’ three-day CPAC event on Sunday.