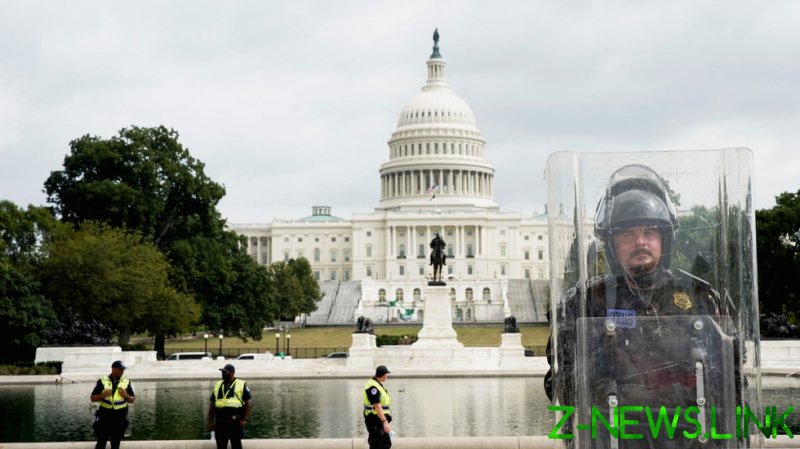 Danielle Doyle, 37, was given two months of probation on Friday in the US District Court in Washington, rather than being sentenced to home confinement as prosecutors sought. She pleaded guilty in July to illegally demonstrating inside the Capitol, which she entered through a broken window. She spent a total of 24 minutes in the building and wasn’t accused of committing any acts of violence or property damage.

Judge Trevor McFadden questioned the prosecution’s “credibility,” wondering why the Department of Justice hasn’t indicted more of those who rioted in Washington during Black Lives Matter-inspired protests last year, citing figures on cases that haven’t been prosecuted. In contrast, more than 600 people have been charged in connection with the Capitol riot, including some who have been held without bail while awaiting trial.

“I think the US Attorney would have more credibility if it was even-handed in its concern about riots and mobs in this city,” the Associated Press quoted McFadden as saying. The BLM riots caused up to $2 billion in insured property damage nationwide and resulted in over two dozen deaths.

Doyle told the judge she regretted that a peaceful election-fraud protest escalated into a riot when people breached the Capitol. “So many people came here to represent things that were important to us, but in the blink of an eye, all of those things were overshadowed,” she said, per the AP. “For that, I’m sorry, because it overshadowed the things that were good.”

McFadden, who was appointed to the bench by former President Donald Trump, said Doyle’s behavior was inexcusable and that she was “acting like all those looters and rioters who attacked our city last year. That’s because looters and rioters decided the law didn’t apply to them.” He added that the January 6 riot made Americans feel “less safe,” just as the violent BLM protests did.

Doyle worked in ticket sales for the Oklahoma City Thunder NBA team until December 2020. Two former co-workers reported her to the FBI after recognizing her in video footage of the riot circulating online and in media. She also was ordered to pay a $3,000 fine and $500 in restitution. The misdemeanor charge, to which Doyle agreed to plead guilty in a deal with prosecutors, carries a maximum sentence of six months in jail.