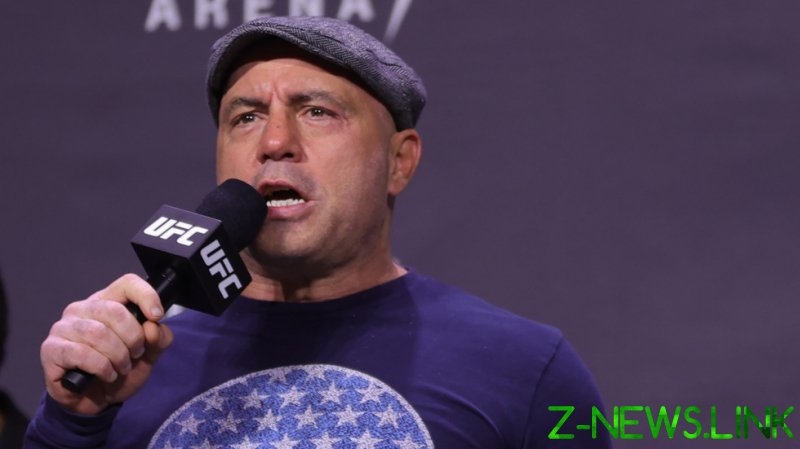 “Stop this editorial perspective with guys like Brian Stelter and Don Lemon that nobody listens to,” Rogan said on the latest episode of his podcast on Thursday. “Nobody is, like, chiming in saying, ‘Oh yeah, finally we get the voice of reason.’ Nobody thinks that.”

Speaking to a guest, comedian Dave Smith, Rogan claimed that viewers don’t trust CNN any more, stating “If you’re in business and your business is the news and you want to get more people to pay attention, you should be honest.”

‘I don’t hate CNN. I used to go to them every day for the news until they start f**king hatin’ on me,” Rogan said.

Stelter and Lemon emerged as some of Rogan’s harshest critics during a recent bout of controversy, in which liberal news outlets and celebrities called on Spotify to cancel its contract with the former UFC commentator due to his hosting of Covid-skeptic and vaccine-critical guests. The controversy deepened when Rogan’s critics dug up old footage of him saying the N word, leading Spotify to remove 70 episodes of ‘The Joe Rogan Experience’ featuring controversial language.

Rogan also apologized for using such terms, much to the annoyance of some fans who pointed out that the current president of the United States is on camera uttering the same words. However, as he was apologizing, Rogan described efforts to “silence” him as a “political hit job.”

Declaring that “not all opinions are created equal,” Stelter complained recently about viewers watching Rogan instead of a news outlet like CNN, which has “departments and desks and operations that work hard on verifying information.” Stelter and Rogan have feuded since before the latest controversy though, with Stelter making similar complaints about Rogan’s popularity last year, to which Rogan replied: “the market has spoken and your show’s f**king terrible.”

CNN’s ratings have plummeted since Donald Trump left office, and viewership last month was down 90% on the same time last year. Joe Rogan averages around 11 million listeners per episode, while CNN’s primetime hosts pull in just over 800,000.

In addition to describing Rogan’s popularity as a “problem,” in the words of Stelter, CNN brought on a researcher this week to help explain the podcaster’s success. The network was mocked for this move, with National Review writer Dan McLaughlin joking: “CNN had to find an outside expert to explain how you would produce programming that attracts an audience.”