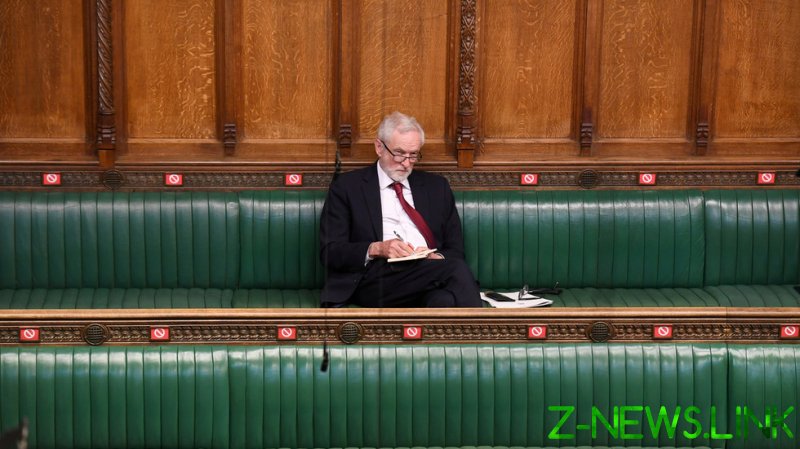 “Our movement must now come together to oppose and defeat this deeply damaging Conservative government,” he tweeted.

Corbyn found himself embroiled in controversy after dismissing a report from the Equalities and Human Rights Commission about alleged anti-Semitism in his party as “dramatically overstated for political reasons.”

The Labour Party suspended Corbyn following the statement and launched an investigation. Corbyn called his suspension “political intervention” and vowed to fight it.

In a Tuesday statement before the announcement that he was welcomed back into the fold, Corbyn clarified his comments and said, “To be clear, concerns about anti-Semitism are neither ‘exaggerated’ nor ‘overstated.’”

“The point I wished to make was that the vast majority of Labour Party members were and remain committed anti-racists deeply opposed to anti-Semitism,” he wrote.

Corbyn’s statement made him the target of criticism once again, with the Board of Deputies of British Jews slamming it as a “pathetic non-apology.”

The EHRC report accused the Labour Party of harassment and discrimination against Jews, and lead investigator Alasdair Henderson deemed Corbyn, the former leader of the party, “ultimately accountable and responsible.”

Current party leader Keir Starmer was more welcoming of the report’s findings, promising “zero tolerance” for discrimination within the party going forward. In a Tuesday statement following Corbyn’s announcement, Starmer reiterated his belief in the EHRC findings and promised to make the Labour Party a “safe place for Jewish people.”

Corbyn, however, remains a controversial figure within the party, and the lifting of his suspension has only incensed critics.

In a joint statement, the Board of Deputies of British Jews, Jewish Leadership Council, and Community Security Trust blasted the Labour Party’s decision.

“Labour’s mountain to climb to win back the trust of our community just got higher,” they stated.

The Jewish Labour Movement also released a statement slamming Corbyn for offering “no apology” for his dismissal of the EHRC report.

“Once again we find ourselves having to remind the Labour Party that Jeremy Corbyn is not the victim of Labour anti-Semitism – Jewish members are,” the statement reads.

Amid the flurry of criticism, Corbyn’s supporters also flooded the comments under his tweet, with one commenter suggesting he’s been “treated like this just for being a decent human being,” another calling Corbyn “a hero to millions around the world,” and yet another telling the former leader that “You are the Labour Party.”