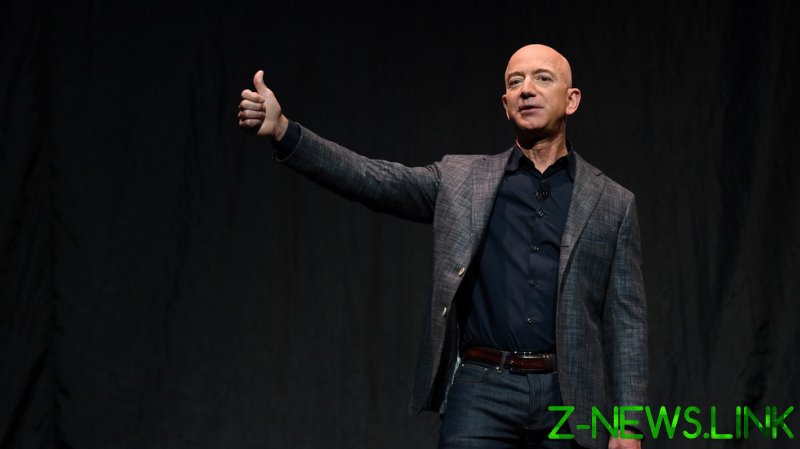 Amazon shares jumped 4.7% on the announcement, prompting Bezos’ net worth to soar $8.4 billion on Tuesday alone. Bezos, who officially stepped down as Amazon’s CEO earlier this week but kept his 10.3% stake in the company, is now worth $211 billion – a record high since the Bloomberg index began tracking billionaire net worth back in 2012.

The previous record of $210 billion was held briefly by Tesla CEO Elon Musk in January, but Musk’s fortune has since declined to a mere $181 billion. This makes him the world’s second-richest person, ahead of French luxury goods mogul Bernard Arnault, whose net worth is $168.5 billion.

The Pentagon announced on Tuesday that it was calling off a $10 billion cloud-computing contract it signed with Microsoft back in 2019, known as the Joint Enterprise Defense Infrastructure, or JEDI contract.

“With the shifting technology environment, it has become clear that the Jedi Cloud contract, which has long been delayed, no longer meets the requirements to fill the DoD’s capability gaps,” the US Department of Defense (DoD) said in an official statement.

The news may mean the DoD is set to divide the work on its cloud-computing technologies between Microsoft and Amazon, as well as other cyber-tech firms. Amazon repeatedly complained that the choice of Microsoft for the job made by the then-president Donald Trump and his administration was politically motivated.

The contract has been put on hold after Amazon filed a lawsuit challenging Trump’s choice, claiming he pressured military officials to choose Microsoft over Amazon for the contract due to Trump’s animosity toward Bezos, who owns the Washington Post.