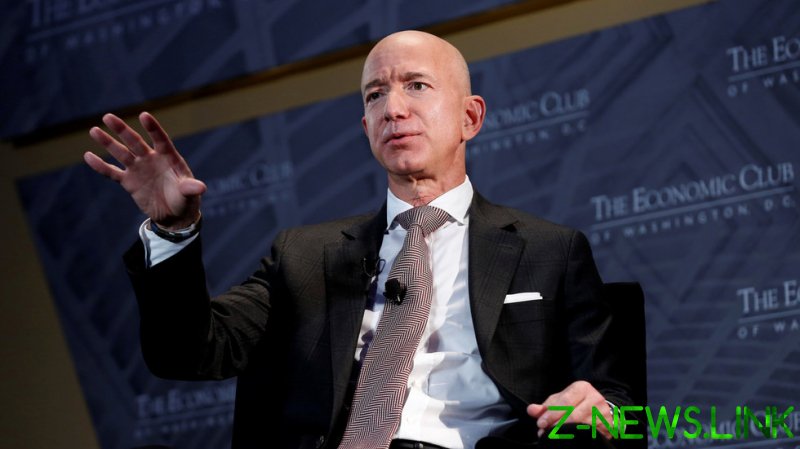 “I’m excited to announce that this Q3 I’ll transition to Executive Chair of the Amazon Board and Andy Jassy will become CEO,” Bezos announced in a statement on Tuesday, adding that in his role as executive chair, he will focus his energies on “new products and early initiatives.”

While Bezos did not elaborate on his reasons for stepping down, Jassy – Amazon Web Services’ current CEO – will take over to head up the broader Amazon organization after the transition sometime this summer.

The announcement came as Amazon reported its first $100 billion quarter on Tuesday, seeing a significant spike in sales in the latter months of 2020 amid the ongoing pandemic.

The soon-to-be former CEO said his decision “isn’t about retiring” and that he would “stay engaged in important Amazon initiatives,” but added that the move will allow him more time to focus on other projects, such as the Washington Post, his Blue Origin aerospace firm and the Bezos Earth Fund.

Bezos founded Amazon in 1994, overseeing its transformation from a small online book dealer to the ubiquitous and powerful firm it is today. The company blew past a $1 trillion market cap last year and is now worth some $1.6 trillion, according to CNBC, helping Bezos himself become one of the world’s wealthiest men.

Jassy joined the company in 1997, leading the Amazon Web Services team since it was founded. In the subsidiary’s latest earnings report on Tuesday, it said some 52 percent of Amazon’s operating income was derived from the cloud platform.

AWS itself has also become a dominant force on the internet, most recently illustrated when it pulled the plug on conservative-friendly social media site Parler, effectively taking it offline in a single blow.