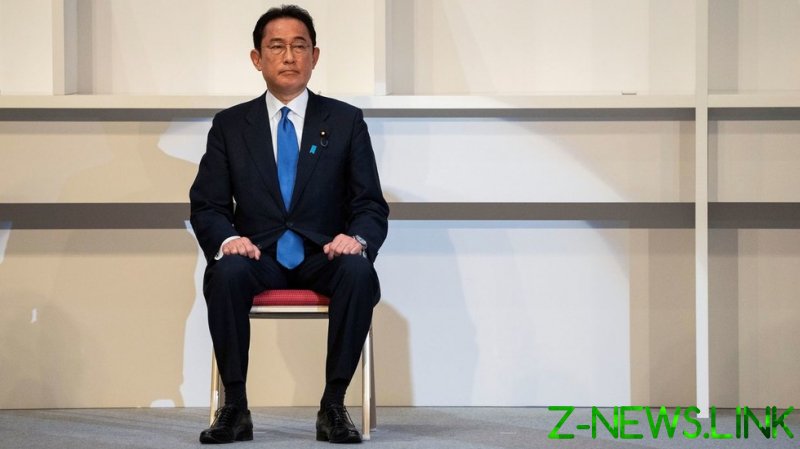 The LDP called in an early vote after Suga, whose ratings crumbled amid the spike in Covid-19 cases in Japan, said he was stepping down earlier this month after just one year in office.

The election on Wednesday was a tight one, only being decided in the second round run-off, in which Kishida topped vaccine minister Taro Kono by 257 to 170 votes.

With the LDP enjoying a majority in parliament, its new leader is almost certain to become Japan’s next prime minister. The Japanese PM is elected by the legislature rather than by the popular vote. Kishida is expected to be officially nominated for the job on Monday and form a new government immediately after that.

However, the laws call for the PM to stage a general election by the end of November. In order to stay in power after that election, Kishida would need to deliver swift results in rebuilding the coronavirus-hit economy and countering what Tokyo sees as an increasing threat from China and North Korea, as the local media describes his name recognition as “mediocre at best.”

The 64-year-old was Japan’s foreign minister between 2012 and 2017, and was instrumental in organizing then-US president Barack Obama’s landmark visit to Hiroshima, where the Americans dropped the atomic bomb during World War II. He also unsuccessfully challenged Suga for the PM’s position last year. But public opinion polls still suggested most Japanese people would have preferred to see Kishida’s rival Kono as the head of the government.

“The LDP leadership election is over. Let us all face the lower house and the upper house elections as one,” Kishida said.

“Our national crisis continues,” he pointed out. “We need to keep working hard on the coronavirus response with strong determination, and we need to compile tens of trillions of yen of stimulus package by the end of the year.”

Japanese policies aren’t expected to shift significantly under Kishida, who is said to be a moderate, consensus-seeking politician.

He appears to share the common view in Japanese political circles that the country must boost its defenses and further strengthen security ties with the US and other allies, while maintaining dialogue and economic cooperation with its major regional rival, China.

Kishida has proposed a massive stimulus for the economy amid the pandemic, while also promising not to raise the 10% sales tax rate “for about a decade.” But he also insisted that more wealth should be distributed to households.

In order to make the response to Covid-19 more effective, the new LDP leader plans to create a single health crisis management agency to deal with the pandemic that has already seen 1.7 million infections and over 17,500 deaths in Japan.