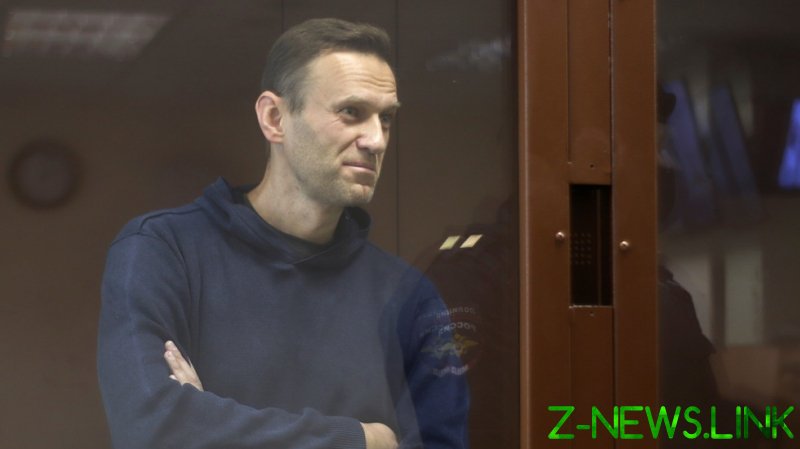 The anti-corruption campaigner is facing over two-and-a-half years in a penal colony for reportedly breaching the terms of a suspended sentence handed down for his involvement in a 2014 scheme to defraud French cosmetics firm Yves Rocher. A court ruled in February that he had failed to regularly report to the Federal Penitentiary Service, and his suspended sentence was replaced with a jail term.

At the same time, Navalny is battling a libel case over comments he made about a 94-year-old WWII veteran, whom he accused of being a “corrupt lackey” and a “traitor.” Ignat Artemenko, a former Red Army soldier who also fought against the Nazis as a partisan, had appeared in an Russian-language RT video encouraging voters to participate in the country’s nationwide poll on proposed constitutional amendments.

The opposition figure is accused by Russia’s Investigative Committee of posting “deliberately false information discrediting the honor and dignity” of the veteran.

Earlier this week, the European Court of Human Rights in Strasbourg heard an appeal from Navalny’s lawyer, Olga Mikhailova. A statement published on Wednesday said “a chamber of seven judges of the Court decided … to indicate to the Government of Russia … to release the applicant. This measure shall apply with immediate effect.”

It said the ruling had considered “the nature and extent of risk to the applicant’s life … and [was being] seen in the light of the overall circumstances of the applicant’s current detention.” Refusing to release Navalny, it said, would amount to a breach of international law.

However, the Minister of Justice in Moscow moved immediately to reject the ruling, arguing that it was “unenforceable.” In comments to journalists, Konstantin Chuychenko added that “this is a clear and gross interference in the activities of the judiciary of a sovereign state.”

Thousands took to the streets of cities across Russia over successive weekends to protest Navalny’s arrest, after he was detained at Moscow’s Sheremetyevo airport on his return from Germany. He had been transferred to Berlin’s Charité hospital in a comatose state after what his team, and some international bodies, allege was a poisoning with the nerve agent Novichok.

The Kremlin has strongly denied, and even mocked, the claims, with press secretary Dmitry Peskov claiming the activist “has a pronounced persecution mania,” and “is even said to compare himself to Jesus.”