Jail might be radicalizing Capitol rioter even further, son says 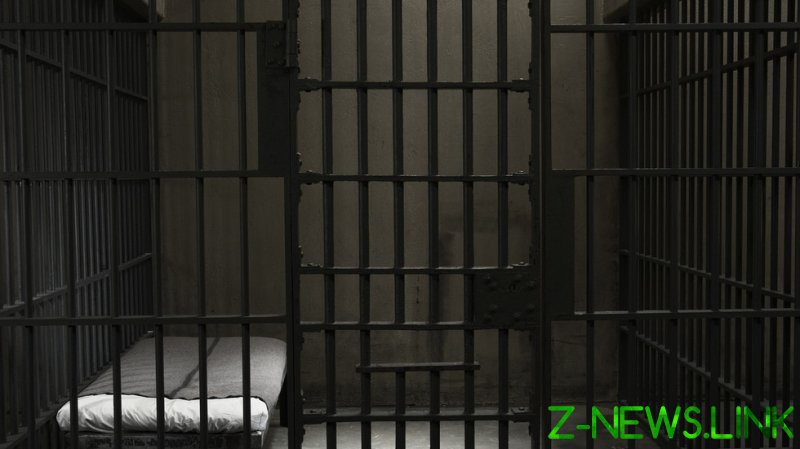 Guy Reffitt, one of numerous people facing charges stemming from the January 6 Capitol riot, may be “more enthusiastic” about his actions thanks to his time behind bars, his son has said.

Jackson Reffitt, 19, told Vice News this week that jail might not be the best deterrent for Capitol rioters, including his father, who is being held with other rioters at the Central Detention Facility in Washington DC. Reports suggest rioters have been kept together, bonding through activities like singing the national anthem every night.

The prisoner’s son responded to a letter published on ProPublica in May, in which his father did not express remorse for his actions at the riot, referring to the storming of the capitol as a “satirical way to overthrow the government.”

“If overthrow was the quest, it would have no doubt been overthrown,” the letter reads.

Jackson referred to his father’s letter as “psycho stuff,” saying it was “disgusting” for him to read.

“Honestly, it made me feel worse about my decision, only because I feel like I pushed him in a more extreme direction. I made him more enthusiastic about what he’s done,” he said.

Guy Reffitt was taken into custody ten days after the riot last year, after his son sent a tip to the FBI in December about his father’s increasingly extreme rhetoric. He later identified his father as one of the rioters after the FBI contacted him for confirmation. Prosecutors claimed in court documents that Guy Reffitt had threatened his family following the riot, saying they would be “traitors” if they turned him in.

According to his family, Reffitt is a member of the right-wing militia group the Three Percenters.

Jackson said his family had been torn apart since he cooperated with the FBI against his father. He has moved out of the family home in Texas and fallen out with his mother and two sisters. In an interview with ABC News this week, Reffitt said he “bears the guilt” of tearing his family apart.

Guy Reffitt also spoke to ABC, saying he “loves” his son and hopes they have a relationship again in the future. He is facing five charges relating to his actions on January 6, including obstructing an official proceeding and bringing a weapon onto Capitol grounds. He has pleaded not guilty.