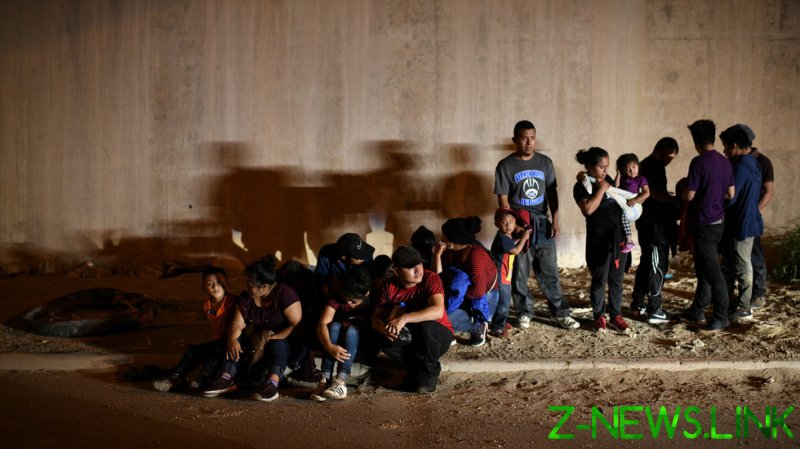 I am a South African-born US patriot. My first apartment overlooked the Iwo Jima Memorial in Washington DC. I didn’t understand the reverence with which the guards saluted the American flag. I was annoyed when people said, ‘Have a nice day!’ Americans, I decided, were overfed and under-read.

Then my birthday rolled around on 9/11. I saw the actions of the brave – heroic, even – New York Fire Department and the New York Police Department. I thought there was no steadier hand on the tiller than Rudy Giuliani, the mayor at the time. His example of bravery in leadership was the stuff of Boy’s Own tales. I was moved to tears by tiny children setting up lemonade stands to raise money for those who had lost loved ones.

By then, I had left DC and was living in Pennsylvania. Every house had a flag of the United States hanging from the front porch. Patriotism had not yet become a reviled notion.

I started the long journey in becoming a green card holder. The process is tortuous. I was blood-tested, psychologically profiled, screened for countless diseases and questioned about whether I had ever been a member of the Communist Party and/or wished to overthrow the government or had any dealings with any terrorist organizations or voted illegally in any election…

During the course of the 10-year process, I paid more than $8,000 to immigration lawyers. I could have written a book called ‘Green Card Blues’. Finally, I was granted the holy grail – the green card, which, by the way, isn’t green. Then there was a mandatory wait until I could apply for citizenship.

The more I studied the Constitution, the more I marveled at the brilliance of it. American citizenship was something desirable. To be a citizen of this great nation was something I would be proud of.

The idea of citizenship

The concept of the ‘citizen’ is historically rare and was among America’s most valued ideals for over two centuries. The idea of being a citizen was a radical idea invented in Ancient Greece. A citizen had inalienable rights and the ability to adjudicate the government. The notion is based on the idea of ‘the middle people’, the middle class who work and pay taxes.

As President Trump’s 1776 Commission reported, “The core assertion of the Declaration of Independence and the basis of the founders’ political thought is that ‘all men are created equal.’ This does not mean that all human beings are equal in wisdom, courage, or any other talents that God and nature distribute unevenly among the human race. It means that human beings are equal in the sense that they are not by nature divided into castes. The principles of equality and consent mean that all are equal before the law. No one is above the law, and no one is privileged to ignore the law.”

“The bedrock upon which the American political system is built is the rule of law. The law is superior to rulers. The Constitution is the supreme Law of the Land. The principles of the Declaration of Independence are human equality, the requirement for government by consent and the securing of natural rights.”

“Establishing justice, ensuring domestic tranquility, providing for the common defense and promoting the general welfare of the nation,” are what the government is supposed to do.

The Constitution is an extraordinarily wise – and prescient – document.

Two weeks ago, I was interviewed for the last time before being granted citizenship. I was refused. The box was ticked which said, “A decision cannot be made yet about your application.” No other reason was proffered.

I was fairly gobsmacked. The Biden administration recently informed Congress that it will welcome 125,000 refugees in the 2022 fiscal year. He is furthering the radical left’s agenda of admitting as many foreign nationals as possible in the US regardless of existing law, public opinion, or the national interest. Except me.

Look at what is happening. Illegals are flown and bussed to the swing states in America. Hotels are funded by the government. Afghans – and those that are not necessarily our allies or interpreters – are having up to $2,275 spent on them by the Biden administration. None of these people have any background checks. None will be forced to abide by vaccine mandates. None will be deported, even if they commit crimes. Some arrive with child brides.

The decline of US citizenship

In a new book due to be released next month, Victor Davis Hanson explains the decline of the once cherished idea of American citizenship. As the preview to the book says, “American citizenship as we have known it may soon vanish. In ‘The Dying Citizen’, Hanson outlines the historical forces that led to this crisis. The evisceration of the middle class over the last fifty years has made many Americans dependent on the federal government. Open borders have undermined the idea of allegiance to a particular place. Identity politics have eradicated our collective civic sense of self. And a top-heavy administrative state has endangered personal liberty, along with formal efforts to weaken the Constitution.”

“Would it not be easier,” wrote Berthold Brecht after the East German uprising in 1953, “for the government to dissolve the people and elect another.” The easiest way to elect a new people is to import them. This is why Biden’s administration welcomes illegal immigration. The beleaguered productive class has to subsidize its own demise and see its country dismantled. Veterans are homeless but illegal terrorists get special treatment. Across America, taxpayers are funding the subversion of their own communities.

The notion of a Republic in which we, the people, have a say no longer exists.

There’s a reason Democrats invite illegal aliens to our border by the thousands. It’s called the Cloward-Piven strategy – named after the socialists that created it. The goal is simple; they create a humanitarian crisis, knowing that they will overwhelm our systems until they break, and we have no choice but to embrace their socialist agenda.

The Biden administration ignores the Constitution. He governs by diktat. Last summer, there were 120 days of rioting and protests. This country has rarely seen such civil disobedience. The Democrats ensured that many perpetrators had complete immunity from the authorities. Just as the Democrats will not hold anyone accountable for the greatest shame in American history – abandoning Afghanistan and leaving billions of dollars of military equipment for people who, for 20 years, Americans were told were the enemy.

Senator Dick Durbin, Illinois Democrat and chairman of the Senate Judiciary Committee, said, “Facing the greatest refugee crisis in our time, the Biden administration is working to restore the United States’ longstanding bipartisan tradition of providing safety to the world’s most vulnerable refugees – including Afghan refugees.”

But the truth is that while apparently preventing Christian victims of Islamic terror from escape or entry into the US, the Biden administration is granting refugee status to countless, inadequately vetted Muslims from Afghanistan, not a few of whom may well share in the same worldview as ISIS and the Taliban.

No nation can exist without borders and the rule of law. But I cannot think of any leader anywhere on the planet that is as hellbent on destroying their country as Joseph Robinette Biden.

In 2003, journalist Frosty Wooldridge predicted the future when he wrote, “From stem to stern, our English language is under assault and our schools are drowning in ethnic violence, rapes, drugs and gang warfare. Leprosy, tuberculosis, Chagas Disease, hepatitis and other diseases are brought into the country because illegals are not required to pass health screening procedures.”

In the Declaration of Independence, we read, “Governments are instituted among Men, deriving their just powers from the consent of the governed. That whenever any Form of Government becomes destructive of those ends, it is the Right of the People to alter or to abolish it, and to institute new Government…”

Millions of Americans have such deep contempt for Joe Biden that in another era, his dereliction of duty as the Commander in Chief would be considered treason.