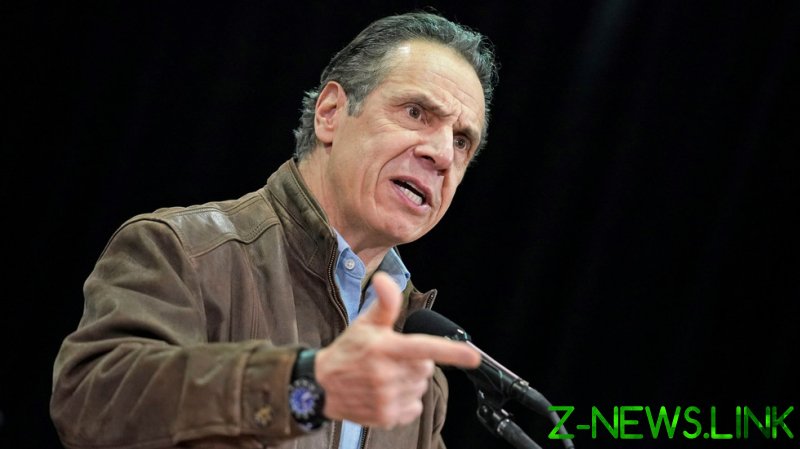 “There’s no right or wrong way. It’s the Cuomo way,” one staffer told the Gothamist about a warning she received when interviewing for a job in the Cuomo administration. “He wants people who are literally going to fall on the sword for him, and they all will.”

Another described being told to wear stiletto heels because she was blonde and the governor “likes blondes” in stiletto heels. Her desk was put in within the governor’s eyeline the moment she was hired, she said.

“I knew by looking cute, and not being obstinate or opinionated, and doing what I was told and looking polished… That is the only way I would survive there,” the woman said. She remained anonymous like others who spoke to the Gothamist, citing fear of blowback from the governor, who has been accused in the past of professionally retaliating against those who publicly speak out against him.

Other staffers described an around-the-clock work schedule that blurred professional and personal lines, as well as a demanding boss who would lash out and scream at people under him for anything from the temperature in the room not being to his liking to having shoes that aren’t “nice and shiny.”

One former staffer described the environment as a “cult,” saying they have been talking to others who worked in the administration since allegations against Cuomo broke. The administration “[pushed] you until you wanted to be there” with some comparing it to an abusive relationship.

Cuomo is facing a storm of growing controversies. Three women have come forward, including two former aides, to accuse him of sexual harassment, including unwanted touching and kissing. He has also been accused of downplaying and covering up Covid-19 deaths in nursing homes in his state for political purposes.

The governor apologized this week for making women “uncomfortable” in the past, but denied any unwanted touching. On nursing homes, he has claimed his administration simply did not keep up with requests for information.

Despite numerous calls for him to resign, Cuomo has said he will remain in place, and he appears to still have the support of many in his party while an investigation takes place.

While three women have already come forward, New York State Senate Majority Leader Andrea Stewart-Cousins said on Thursday that Cuomo would only lose her support if one more did.

“Any further people coming forward, I think it would be time to resign,” she told ‘Capitol Tonight’, adding any kind of harassment in the workplace is “out of bounds.”