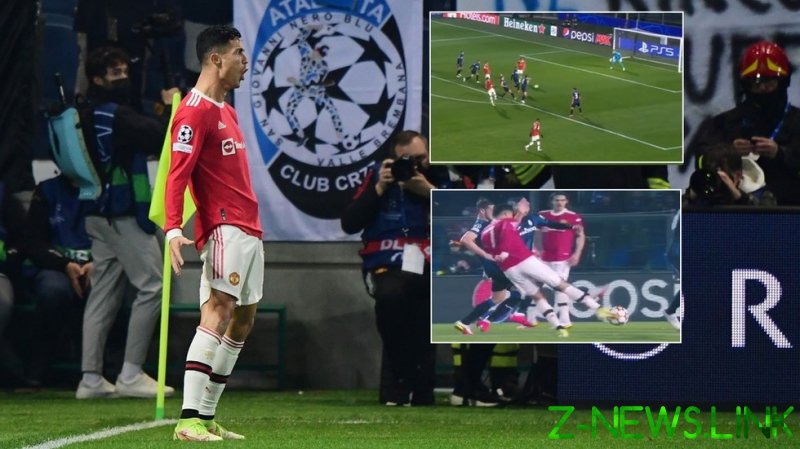 Ronaldo equalized in the 91st minute when his low strike from the outside of the box found the bottom corner to level the scores at 2-2.

The evergreen 36-year-old had earlier brought his team back into the game in first-half injury time when he capped a sharp team move after countryman Bruno Fernandes had backheeled the ball into his path inside the box.

United came from behind twice in Bergamo, but the point they salvaged thanks to Ronaldo’s double keeps them top of Group F on seven points from four games – level with Villarreal but with Atalanta two points adrift and Young Boys further back on three points.

Ronaldo came up clutch again for United – just as he did in the team’s last two Champions League outings when he struck late winners against Atalanta and Villarreal at Old Trafford.

“It was a difficult game. I know that when we play Atalanta it’s difficult and we believe until the end that I will help my team get the points and I’m so happy,” Ronaldo told BT Sport after his latest masterclass.

“We never give up and believe until the end. It’s a good result for us I think.

“The beginning was tough, Atalanta have a fantastic coach and they know what to do. I knew when I played in Juventus. We did our job well.

Ronaldo helped buy under-fire manager Ole Gunnar Solskjaer more time with his goal in the victory against Tottenham in the Premier League at the weekend – and the Norwegian was full of praise for his star man.

“Cristiano is just incredible,” said Solskjaer. “That’s what he does if there’s anyone you want the chance to fall to, at the last minute he keeps his eye on the ball and his technique was incredible.”

The United boss added: “We all have our roles and responsibilities. He is a leader.

“He does provide those moments. I am sure Chicago Bulls didn’t mind having Michael Jordan. I know votes are coming up, Cristiano is getting better and better for us.”

Even opposition manager Gian Piero Gasperini could not restrain his plaudits, particularly after some have claimed Ronaldo is a problem at United because of his supposed lack of running for the team.

“From a technical point of view he is an extraordinary player, but I think that’s recognized by everyone,” Gasperini said.

“What he is doing at Manchester, just think of Sunday’s goal [against Tottenham] but also of everyone else.

“He brought added value to our championship [at Juventus], personally I was sorry that he returned to England, because I always hope that the best players will arrive in Italy, even if perhaps it would have cost us a few more goals against us.”

Ronaldo’s former Unite teammate Rio Ferdinand – who was among those who convinced him to make an Old Trafford return from Juventus in the summer – hailed the forward as an “alien” and “illegal” as he reacted in the BT Sport studio.

Ferdinand also took to Twitter to laugh off claims that Ronaldo had a negative effect on the way United play.

United have developed a knack under Solskjaer of pulling results out of the bag when his job appears under threat, just as they did against Spurs in the wake of the 5-0 humiliation by Liverpool at Old Trafford one week previously.

Their next challenge is a massive Premier League derby against Manchester City at Old Trafford on Saturday, a game which could easily see the reaction turn against Solskjaer again if Pep Guardiola’s men inflict a damaging defeat.

Ronaldo had been tipped as joining City in the summer before United swooped to bring him back. After his latest heroics on Tuesday night in Italy, United will again be thankful that they managed to do so.