‘It’s genuine’: Lineker ‘waiting on paperwork’ to welcome 2nd refugee into $5.4MN mansion as he rejects claims of virtue signaling 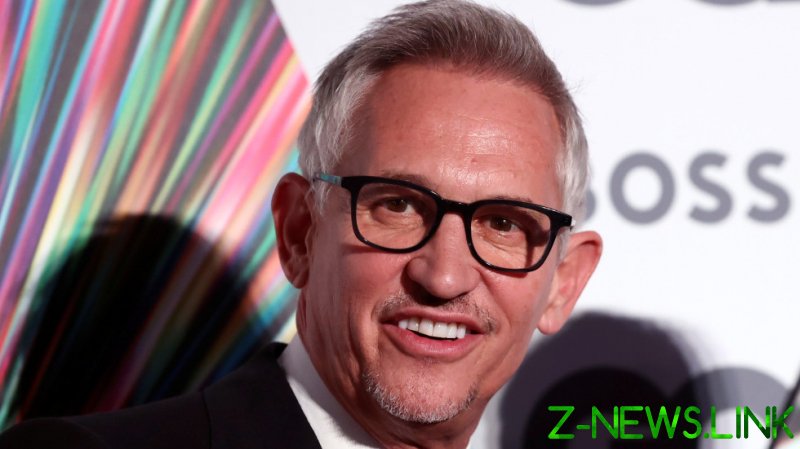 A staunch defender of refugee and immigrant rights, Match of the Day host Lineker is regularly hit with comments along the lines of “why don’t you take them in then?” on Twitter.

He started campaigning for refugees after the 2015 loss of Syrian youngster Alan Kurdi, who drowned off the Greek coast of Greece.

In 2020, Lineker welcomed a Pakistani student to his home.

And he emphasized that would not be a one-off, revealing to The Mirror at the time that he had no qualms about opening his door to strangers from war-torn terrains.

This time talking to The Sun, Lineker detailed how he had already filled in the necessary forms to accept another lodger from the Pakistani province of Balochistan.

“The refugee thing, I will never be able to comprehend being attacked for wanting to help people who are being bombed, who are risking their lives jumping on dinghies because they’re so desperate,” he said.

“How can anyone have a total lack of empathy for people in the most dire circumstances?

“I was actually supposed to take another one a couple of weeks ago, but am just waiting on the paperwork. It wasn’t just a one-off like the public perception was.

“It’s genuine. I got a lot out of it, and it was just a wonderful experience.”

As news broke of Lineker’s continued generosity, he was called a “great man” and thanked for “showing what a decent human being should do”.

But as always, naysayers and critics weren’t hard to find online.

“I don’t think many people would turn away genuine refugees,” came a reply to one post blasting him.

“It’s just that so many of the migrants coming here aren’t refugees at all. Not that Lineker would let the facts get in the way of his virtue signaling.”

“Unlikely to be a genuine refugee if they are from Pakistan,” another scoffed.

“No war [there]. Plus if you have an issue in one district there are other districts you can move to.”