Home / WORLD / It’s appalling that one Australian woman a week is killed by their current or ex-partner, but changing consent laws won’t fix it

It’s appalling that one Australian woman a week is killed by their current or ex-partner, but changing consent laws won’t fix it 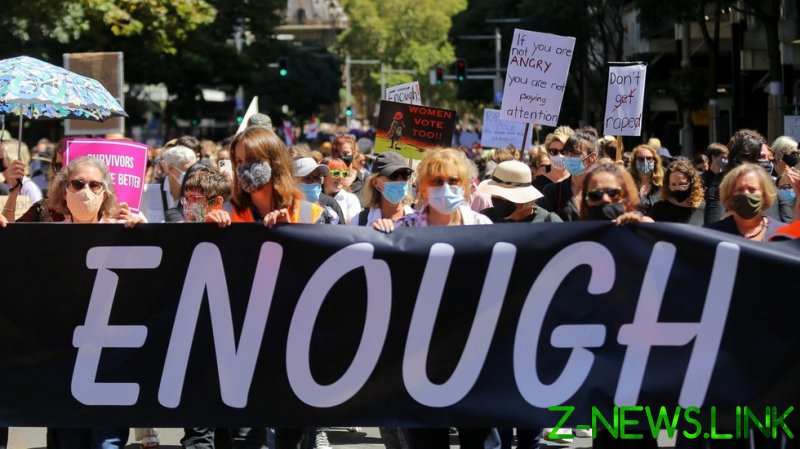 In the #METOO era, relations between men and women (one can no longer say “the sexes”)  in western societies are strained and fraught with seemingly irreconcilable tensions.

Marriage is in irreversible decline, relationship breakdowns are endemic and the promise of sexual liberation and freedom held out by the 1960s sexual revolution appears to have dissipated long ago.

The recent multiplication of gender categories and the emergence of transgender political radicalism have added an additional level of irrationalism and confusion to an already deeply troubling state of affairs.

And underlying all of this is the recent emergence of a particularly virulent form of violence towards women that has manifested itself in an increased incidence of serious domestic violence. In Australia, each week one woman is killed (often extremely violently) by her partner or former partner.

The #METOO movement emerged, in part, as a response to this phenomenon, and it has now become a powerful political force – supported mainly by young, millennial, middle-class women.

The movement is particularly influential in Australia, where it has destroyed the careers of numerous men in positions of power (including, most recently, the former Attorney General Christian Porter) and has created an ongoing political crisis for Prime Minister Scott Morrison’s federal government.

The prime minister again this week was obliged to answer questions in parliament about the Brittany Higgins affair, and the Australian Federal Police announced that they were investigating fifteen cases of alleged sexual misconduct (including sexual assault) made against federal politicians and their staff.

The headline on the front page of Wednesday’s The Australian newspaper read “Wave of sex crime cases hits politics.” This is something of an understatement.

One of the #METOO movement’s main aims is the dismantling of due legal process and the protections that it affords persons accused of crimes of sexual violence – including the presumption of innocence, the right to a fair trial and the right to test in court the accusations made by complainants.

This aim is fundamentally misguided, because only legal due process can properly and fairly determine what actually happened in individual sexual assault cases.

Determinations of this kind, however, are inconsistent with the key ideological assumptions of the #METOO movement – including that all sexual assault complainants must be believed, and that all men are potential rapists or worse.

Thus the movement’s preference for trial by media and online character assassination, and its rejection of due legal process.

Nevertheless, the movement has recently had a victory of sorts in New South Wales, where the conservative state government has agreed to reform the state’s sexual assault laws in relation to the concept of “consent.”

Consent is a key issue in most sexual assault cases, because in order for the accused to be found guilty, the prosecution must prove that the accused knew that the complainant did not consent to the sexual activity in question.

Under the proposed new laws, an accused will no longer be able to assume consent on the basis of lack of resistance or absence of protest. Nor will the accused be able to assert that they had “reasonable grounds” for believing that the complainant consented, if they took no active steps to ensure that consent existed.

This is known as the “affirmative consent” model, and it has been adopted in many western countries in recent years.

The New South Wales reforms have been welcomed enthusiastically by #METOO advocates, and the New South Wales Police Commissioner said this week that they would help judges and juries that often struggled with the “grey area” of consent.

The NSW reforms are unobjectionable and progressive as far as they go.

Criticisms that they will “destroy romance” and “strangle Eros” seem rather naive and quaintly old fashioned. If Tinder and other online “dating agencies” and the ubiquitous nature of online pornography in the west are any guide, romance would seem to have firmly disengaged from sex some time ago.

Will these reforms have any substantial effect on juries, and lead to higher conviction rates in sexual assault cases?

The Tasmanian experience, where similar reforms were introduced some time ago, suggests that they will not.

That is because most juries adopt a common-sense approach in sexual assault cases – and here we are only talking about cases involving people that know each other. Sexual assaults committed by strangers do not normally give rise to issues relating to consent.

Most juries decide cases on the basis of a consideration of the evidence and the credibility of the accused and complainant. Although jurors listen to the directions of judges on questions of law, technical legal issues do not normally loom large in their deliberations.

More importantly, most jurors are ordinary citizens and have a basic sense of justice and fair play. They broadly support notions of legal due process and disapprove of aspects of the modus operandi of the #METOO movement.

The Labor Party, which has fervently embraced the #METOO campaign on these issues over the past few months, has seemingly derived little or no electoral benefit from having done so. In fact, in a by-election in New South Wales last weekend, the state Labor Party’s primary vote fell from 30% to 20%.

This raises the more fundamental issue of whether the ideology and tactics of the #METOO movement may be counter-productive, and, in fact, make dealing with the increased level of violence experienced in recent years by women more difficult.

There is much to be said in favour of such a view.

The #METOO movement is an elitist movement that seeks to advance the interests of younger middle class women by explicitly illiberal means not supported by ordinary citizens, in particular working class women – for example the imposition of quotas and the destruction of due legal process.

The movement’s divisive anti-intellectualism is crudely gender based and lacks even a modicum of historical, sociological or psychological insight. Instead of trying to understand why violence towards women has increased, it can only blame all men and seek the destruction of the odd prominent individual male.

And when it comes to proffering solutions to what is an endemic social problem, which it accepts is getting worse, it can only fall back on non-solutions such as quotas and advertising campaigns.

Reforming sexual assault laws is all very well, but such reforms will do little or nothing to remedy the parlous state of relations, now characterised by increasing levels of violence, between men and women in western societies.

Nor, unfortunately, will the continuing misguided political agitation of the #METOO movement and its supporters.