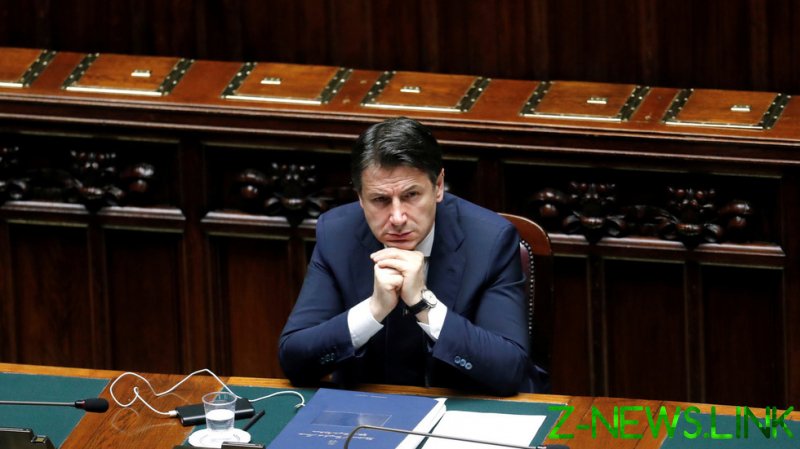 The PM faces calls from within his own government to resign and assemble a new administration after losing his Senate majority last week when ex-PM Matteo Renzi withdrew his party from the coalition.

Renzi’s Italia Viva party resigned in response to the government’s handling of the Covid-19 pandemic and the country’s economic recession – a move that has thrown Italian politics into fresh disarray.

Conte is hoping that President Sergio Mattarella will give him the mandate to create a new government, according to sources cited by Reuters.

Last week, Conte narrowly survived a Senate vote to stay in power just days after Renzi pulled his support, although the PM lost his majority in the upper chamber.

He then faced calls to quit from the coalition’s center-left Democratic Party (PD) after failing in his subsequent efforts to garner support from centrist and independent lawmakers.

Conte is also supported in the coalition by the anti-establishment Five Star (M5S) party.

The PM and Renzi had clashed over Conte’s public spending plan, which included allowing external experts, rather than lawmakers, to determine how cash is used.

Political upheaval is not uncommon in Italy, which has seen 66 governments since 1945.

More than 85,000 people have died with Covid-19 in Italy, according to Johns Hopkins University data, the highest toll in Europe after the UK.