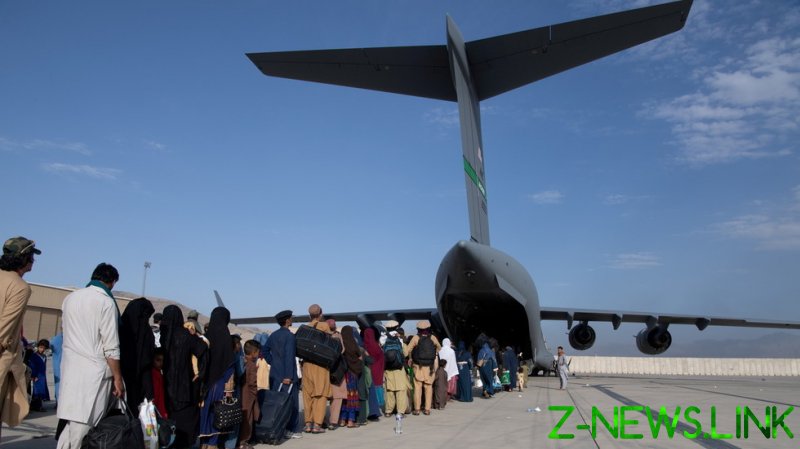 On Thursday, an Italian Air Force C-130J Super Hercules came under machine-gun fire as it took off from Hamid Karzai airport in the Afghan capital of Kabul. A Sky TG 24 journalist who was onboard the aircraft said that barrage did not hit the aircraft, but the pilot was forced to take evasive action.

Sky’s Italian media arm said that military sources had confirmed the shooting. It is believed that there were around 98 Afghan civilians onboard the aircraft.

Military sources have confirmed that there is no damage to the plane. Many people onboard were shaken up by the events, the Sky journalist reported, as the pilot’s evasive action seemingly saw the aircraft quickly gain altitude.

Italian media agency Rai News, citing sources on the ground, claim that a pickup truck equipped with machine guns and located not far from the runway fired a few rounds from a 14.5-caliber machine gun in an effort to disperse a crowd which surrounded the airbase.

The agency stated that at this point, the pilot of the C-130J, believing his aircraft was in danger, made a tactical take-off to escape the gunfire. Intelligence sources told Rai News that the shelling was not aimed at the aircraft, contradicting the accounts of the Sky Italia reporter.

The shooting comes just hours after a UK minister said that there was a very real chance of a terrorist attack occurring at Kabul airport in the coming hours. The Taliban later claimed they had shared this intelligence with Western nations.

Thousands have gathered outside Kabul’s international airport in the hope of fleeing the war-torn nation since the Taliban took control of the Afghan capital less than a week ago. The Islamist group has said it is no longer allowing Afghans to access the airport, while Western powers only have a few days left to complete their evacuation efforts after a two-decade-long occupation.